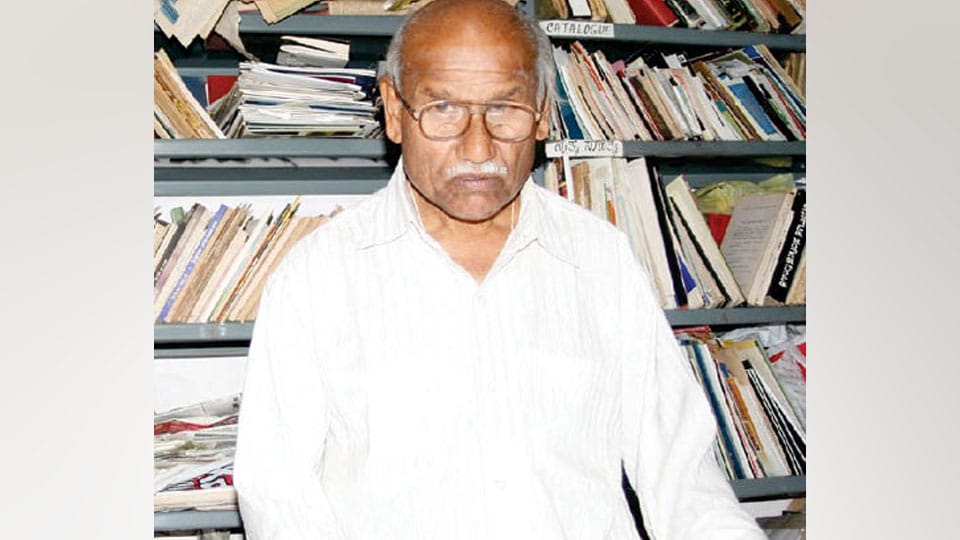 Mysore/Mysuru: Noted artist, sculptor and writer L. Shivalingappa of Mysuru has taken exception for ignoring outstanding sculptors/artisans in the conferment of the ‘State Asthana Vidwan Award’ that is presented to renowned musicians at Mysore Palace during Dasara every year.

In a press release, Shivalingappa, who is also the founder of Mysore Art Gallery, said that many of the artworks, paintings, drawings, sculptures, carvings and the like found in the Mysore Palace are the work of talented artists, who have served the Palace for decades.

Maintaining that people come to the Palace to have a glimpse of the rich collection of arts and artworks and not to see any musician, he said that the Palace is earning good revenues from these artworks, which are there for innumerable tourists and visitors to see. In such a scenario, it is unfortunate that Asthana Vidwan Award is being conferred only on musicians while ignoring other artists.

Wondering why the award is still being conferred only on musicians even after the rule of Kings (Monarchy) was replaced with Democratic rule decades ago, Shivalingappa wanted the Government to think over this issue and seriously consider  presenting the award to an artisan, a painting artist or a sculptor and thus render justice to artists who have worked for or associated with the Palace for centuries.