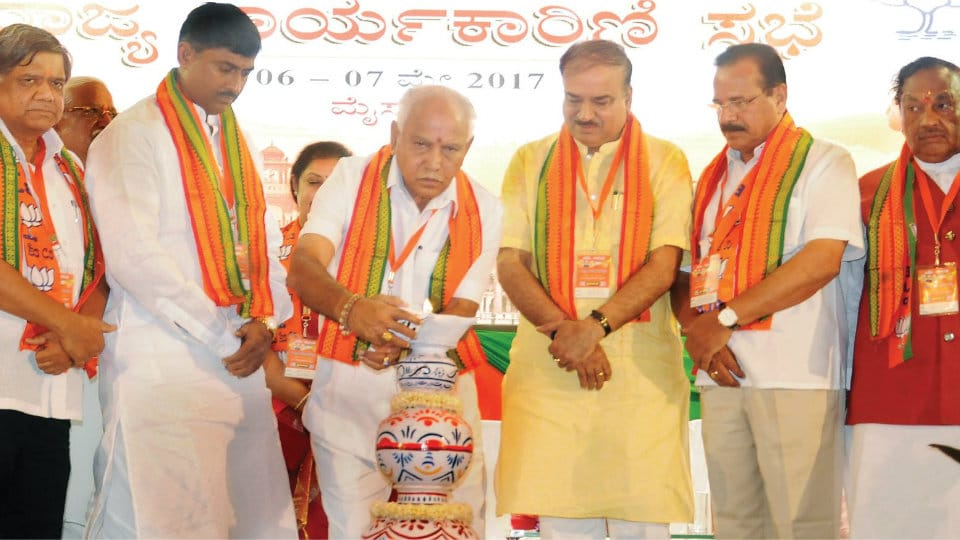 Mysuru: The two-day State BJP Executive Meeting began at the Rajendra Kalamandira in city this morning with party leaders attempting to bury their differences even as the rift within the party came out in the open.

As if to indicate the ongoing tussle within the party, BJP State President and former Chief Minister B.S. Yeddyurappa snubbed Leader of the Opposition in the Legislative Council K.S. Eshwarappa by not even looking up when the latter greeted him on the dais.

The second incident which showed that all was not well with the BJP was when Yeddyurappa did not mention the names of Eshwarappa and former Chief Minister Jagadish Shettar in his speech.

Speaking after BJP National General Secretary P. Muralidhar Rao, Yeddyurappa, after mentioning the names of dignitaries on the dais, just mentioned “leaders sitting on either sides” while referring to Shettar and Eshwarappa. 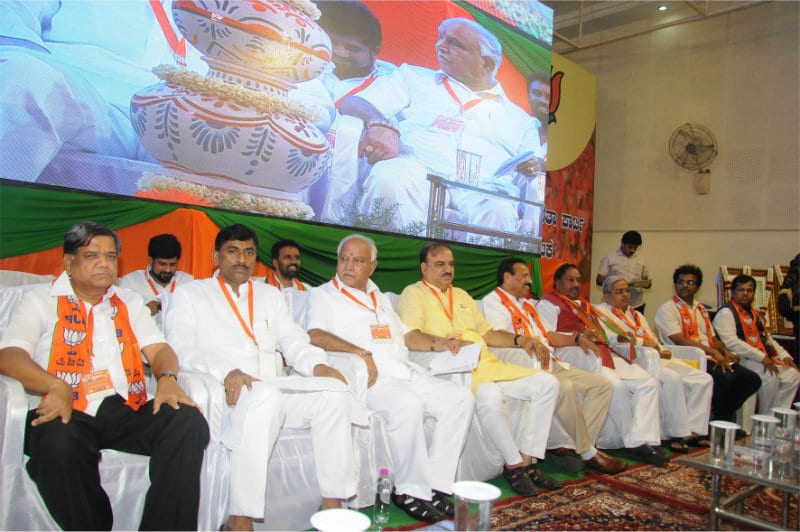 Addressing the gathering, Ananthkumar admitted that there was a rift in the party and it will be resolved through talks. “Yeddyurappa is the unquestioned leader of the party and he is the Chief Ministerial candidate for 2018 elections. We all will have to focus on that and achieve Mission-150 seats in Karnataka,” he said. 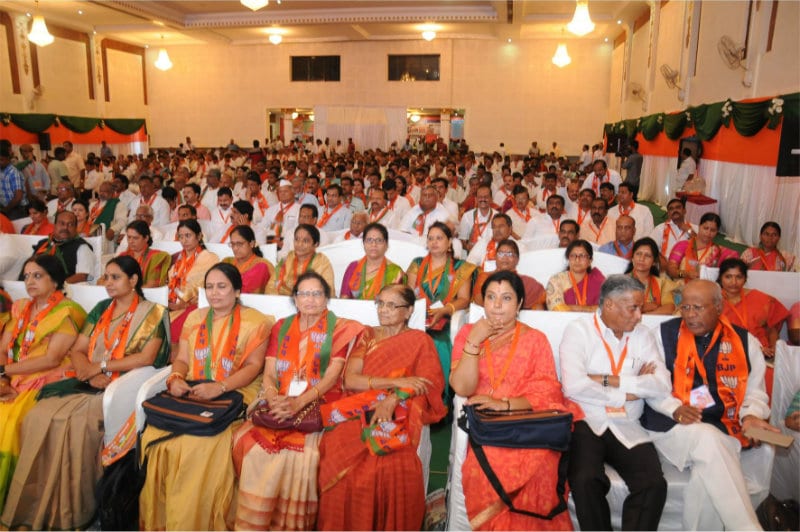 In his address, Muralidhar Rao said that countdown for Congress had already begun in Karnataka. “There is a Modi wave in Karnataka and the time for Congress was up. We must convey party ideals and the work done by the party when in power to the people and send a message that BJP is the first choice,” he said.

Yeddyurappa said that he was never after power and has not clung on to his chair. “My vision is to bring BJP back to power under any circumstances. People are tired of Congress rule. Chief Minister Siddharamaiah is busy in petty politics while people of Karnataka are suffering due to drought,” he said.