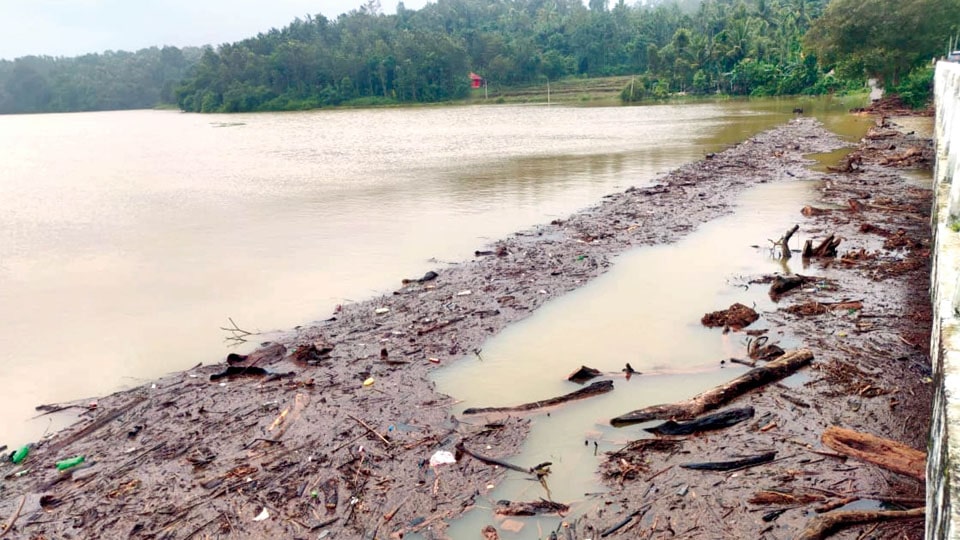 Bengaluru/Mysuru: The Karnataka Cabinet has accorded administrative approval to release Rs. 130 crore to remove silt from Harangi Dam at Somwarpet Taluk in Kodagu District. Harangi is the main Cauvery water supply reservoir from the catchment areas to Krishna Raja Sagar (KRS) Dam in Mandya, the lifeline of South Karnataka and Tamil Nadu.

The Cabinet that met yesterday in Bengaluru under the leadership of Chief Minister B.S. Yediyurappa approved the release of money to desilt the Dam. The Cabinet approved irrigation and other water projects worth Rs. 3,500 crore including Rs. 130 crore Harangi desilting project. The Cabinet decision was disclosed to reporters by Law and Parliamentary Affairs Minister J.C. Madhuswamy.

Desilting Harangi Dam will enable the Reservoir to store more water that will help Mysuru and Harangi Dam Command Areas at the time of water crisis. This will also add to the storage capacity of the upstream dams. Farmers in the Harangi Command Areas require over 18 tmcft (thousand million cubic feet) water for a crop in Harangi command areas. Despite Harangi Reservoir getting filled two to three times during rainy season, the authorities are not able to supply water for summer crops due to accumulated silt.

The Cauvery Neeravari Nigama Limited (CNNL) had submitted a proposal of Rs. 130 crore to the State Government along with a Detailed Project Report (DPR).

During the natural calamity that hit Kodagu in 2018 and last year, several landslides had occurred in Harangi Basin area. Thousands of tonnes of sand and rocks mixed with trees were washed away from Hattihole and Madapura regions during the floods and massive landslides. The landslides had led to the accumulation of a huge amount of soil in Kootupole, Hattihole and Madapurahole which are prime water sources of River Harangi.

Over one tmcft of silt has accumulated at Harangi Dam. As there is a heavy silt deposit, enough water cannot be stored, leading to annual water shortage, the CNNL had recommended to the Government to take measures to remove silt so that more water can be stored.

Following the requirement, the State Government had asked the Karnataka Engineers Research Station (KERS) located at KRS Dam to conduct a survey of the river to ascertain the amount of silt deposited in the Dam. The KERS had assigned the task to Geo-Marine Solutions Pvt. Ltd. and the team conducted the survey in February last year.