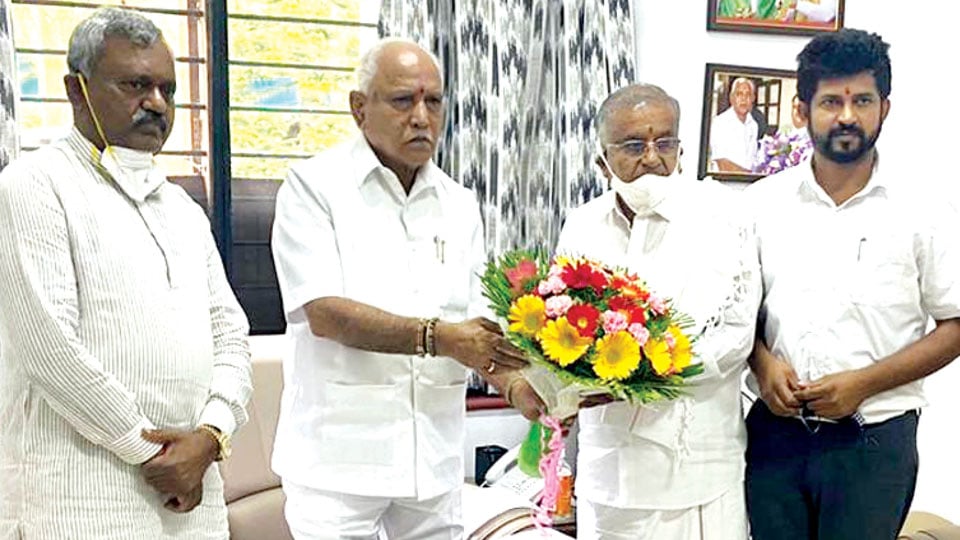 Hootagalli CMC to be formed

Bengaluru: In a big push for Mysuru city’s infrastructure development and formation of Greater Mysuru, the State Government has decided to form Hootagalli City Municipal Council (CMC) comprising Koorgalli, Hootagalli, Belawadi and Hinkal Gram Panchayats, all in the outskirts of Mysuru.

The process for formation of one CMC and four TPs began a year when the then Mysuru District Minister V. Somanna, during a progress review meeting, had discussed the issue in detail, following which a proposal was sent to the Government in this regard.

The Cabinet decision has come at a time when efforts were being made to bring several villages and localities coming inside the Ring Road, under Mysuru City Corporation (MCC). It may be recalled that recently, a delegation led by MP Pratap Simha and MLA G.T. Devegowda, had met Chief Minister B.S. Yediyurappa at Bengaluru seeking the merger of several Gram Panchayats located in the outskirts of city with the MCC.

Prior to this, the MP and the MLA had written to the Mayor and the MCC Commissioner to get approval for inclusion of Gram Panchayats into  MCC. But the MCC, which opposed to the idea, did not bring the issue under its agenda at the MCC Council Meeting held recently, during which several Corporators had urged the Government to sanction Rs.5,000 crore for infrastructure development in the Gram Panchayats which were proposed to be merged with the MCC.

An angry G.T. Devegowda had walked out of the Council Meeting in protest against the MCC’s stance. Now, the State Cabinet, which met on Thursday, approved setting up of Hootagalli CMC and four TPs, which decision is seen as a victory for MP Pratap Simha and MLA G.T. Devegowda for their continuous efforts to bring several Gram Panchayats in the outskirts of the city within the jurisdiction of Mysuru city.

Chamundeshwari JD(S) MLA G.T. Devegowda has welcomed the Cabinet decision, saying that there was a proposal for long on bringing Gram Panchayats coming within the Outer Ring Road under the MCC. There was also a proposal for formation of a CMC and a few TPs. But as the MCC opposed the idea, the decision of forming a CMC and four TPs had become inevitable. With most Gram Panchayats facing dearth of funds for infrastructure development, the Cabinet has come up with a good decision to boost city’s infrastructure development and overall growth, he said.

Meanwhile, MP Pratap Simha said he was thankful to Chief Minister B.S. Yediyurappa for the Cabinet approval for the formation of Hootagalli CMC and Srirampura, Kadakola, Bogadi and Rammanahalli Town Panchayats.

He was also thankful to Housing Minister V. Somanna, District In-charge Minister S.T. Somashekar and MLA G.T. Devegowda for their unwavering and whole hearted support over the issue, he added.