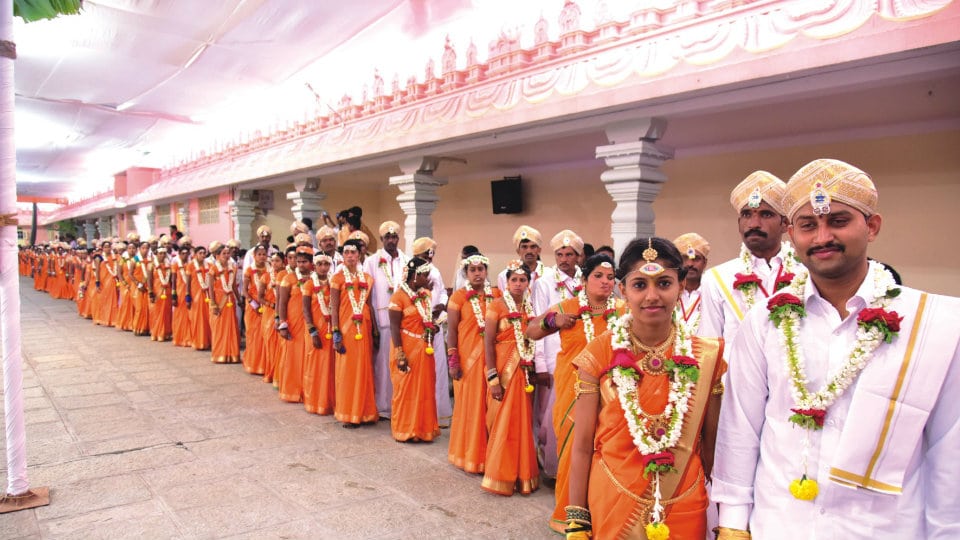 Bengaluru: The State Government’s ambitious ‘Saptapadi’ mass marriage programme aimed at promoting simple marriages, will be held at select temples across the State on April 26.

Announcing this at a press meet here yesterday, Muzrai Minister Kota Srinivas Poojary said the novel initiative is aimed at promoting simple marriages in society and is a boon for low-income families. The Government will spend Rs. 50,000 to Rs.65,000 on every couple entering wedlock, with gifts to the groom and bridegroom. The prospective bridegrooms and grooms can register for the mass marriage by fulfilling the guidelines laid down by the Muzrai Department. The registration can be done by calling Toll free number-18002456654, the Minister said.