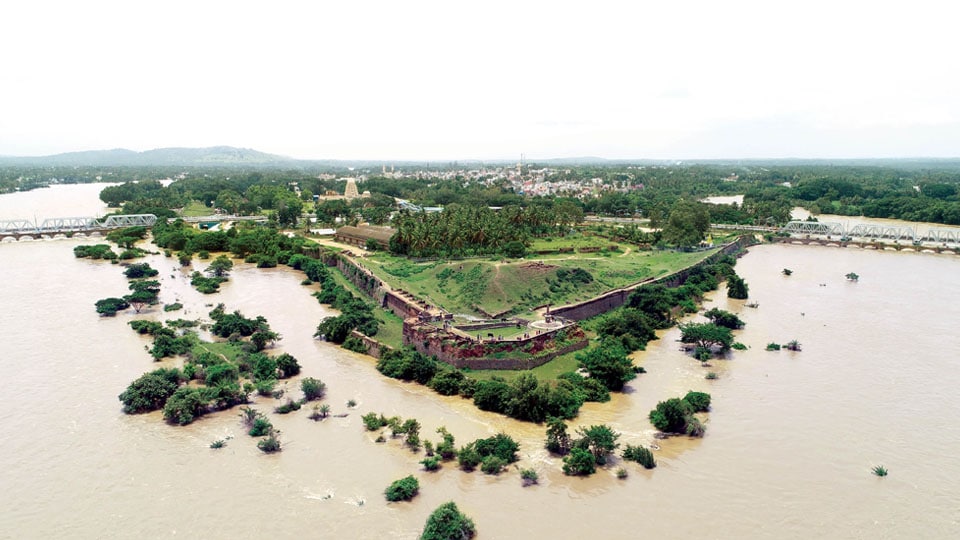 Bengaluru: Tourism Minister C.T. Ravi has said that the State Government has released Rs.10.50 crore for development of Srirangapatna Fort.

Responding to an appeal by Srirangapatna MLA Ravindra Srikantaiah recently seeking release of special funds for development of Srirangapatna, the Minister said the Department has come up with a proposal for developing the 5,200-metre-long Fort at a cost of Rs.98 crore.

The Tourism Department has approved  six works totally costing Rs.18.97 crore, for which Rs.10.50 crore has been released, he said and added that the Government has received a Master Plan prepared by an agency for the development of the historical town.

Continuing, the Minister said that 319 tourist spots were identified in the State during 2015-20 and the left-out spots will be added to it during  a larger survey.

He further said that Rs.17.33 crore has been released for development of  several tourist spots in Chamarajanagar district also.

Meanwhile, Chief Minister B.S. Yediyurappa said that prominent tourist spots in the State will be developed taking into consideration revenue generation and employment. Replying to a query by MLAs Niranjan Kumar, Ravindra Srikantaiah and H.K. Kumaraswamy during question hour in the Legislative Assembly, Yediyurappa maintained that the Government was committed towards development of tourism spots with private participation.

Pointing out that a Task Force has been formed with Infosys Foundation Chairperson Sudha Murty as its head, he said that the process of identifying prominent tourist spots has begun.

The CM further said that an Investor Meet has been planned for development of tourism and efforts are on to rope in private players for adoption of tourist spots.