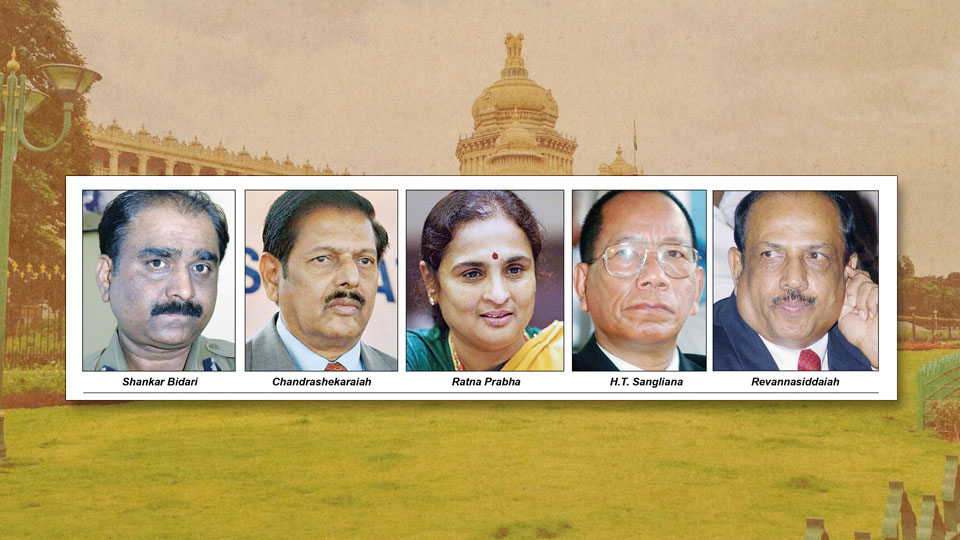 Prime Minister Narendra Modi on Wednesday, 8th May, claimed that former Prime Minister Rajiv Gandhi used aircraft carrier INS Viraat like it was his personal taxi to go on a holiday to Lakshadweep.

That there was a holiday is a fact. But the question is about logistics. While former Navy Chief Admiral Laxminarayan Ramdas weighed in saying PM Modi was lying, former Navy Commander V.K. Jaitly claimed otherwise ! Who do we believe?

Now, we know for a fact that Admiral Laxminarayan Ramdas does not like PM Modi or the BJP. Because in 2002 he wrote an open letter to the PM about the happenings in Gujarat saying, “Dismiss Shri Mody as Chief Minister of Gujarat for his hand in the ethnic cleansing.”

Interestingly in the same letter Admiral Ramdas wrote, “Growing up in Delhi as a young boy, the senseless slaughter of innocent human beings in 1947 are still vivid in my mind. To see the same happen in 2002 has been shattering.” We wonder why Admiral Ramdas didn’t feel shattered and write a letter when Rajiv Gandhi said, “When a big tree falls, the earth shakes” replying to a question about the 1984 genocide of Sikhs after his mother’s assassination.

Now, we wonder how the Admiral feels about Sam Pitroda brushing off the slaughter of Sikhs as hua-toh-hua. Imagine if Amit Shah when asked about Godhra riots brushed it off saying “hua-toh-hua”? There would have been chaos among “pseudo-liberals” who are now sitting tight-lipped about Pitroda.  This lack of fair criticism of both Left and Right by liberals is what makes them pseudo.

That said, where was the need for the Admiral to join Aam Admi Party (AAP), only to be later unceremoniously discharged from his duty as its Internal Lokpal for causing internal strife?

The fact is, may be it’s time to bring in a law about Government Servants entering politics because politics in India has become their final refuge.

That is why everyone from a Jawan (Tej Bahadur Yadav, the BSF Constable of ‘Bad Army Food’ video fame was given SP ticket for Varanasi) to a General (General V.K. Singh); From an Olympian (Discus thrower Krishna Poonia)  to Cricketer (Gautam Gambhir);  from Actor (Sunny Deol)  to Journalist (Supriya Shrinate); all of them are finding second wind in politics as a career.

But what is worrisome is that in recent  times there has been a spike in Civil Servants, Military Personnel and Police Officers entering politics.

Over the years the list of bureaucrats turning politicians has been growing, starting with BJP leader Yashwant Sinha, Natwar Singh, Mani Shankar Aiyar, former LS Speaker Meira Kumar (she was an IFS Officer), Arvind Kejriwal (former IRS Officer), etc. But, of course, what was   shocking was when former RAW Chief Sanjeev Tripathi joined BJP ! This is happening even at the State-level.

But why do these people want to enter politics? Is it to serve or fill a void? For most of their career these Officers live a royal life — power, bungalows, servants and cars. But once they retire no one cares for them. And they feel the void of that power, relevance, bungalow, servants and cars. How to fix this void? Simple. Enter Politics.

The danger in this is that when they know they will join politics instead of being in the “service” of the people they will be in the service of political parties.

When Actors and Athletes join politics it is not significant but when Military Personnel, Judges, Bureaucrats and Police Officers plan to enter politics, it can be unhealthy for Democracy.

Just imagine, by giving ticket to a Jawan, who was sacked for insubordination, what message is one sending? Soon ambitious Jawans will start making derogatory videos of the military or their Senior Officers to seek attention and hope to convert that into a political gateway. How can it be healthy for the armed forces? Imagine if Generals started giving information of covert strikes to gain political mileage? What if Judges give unfair verdicts for post-retirement benefits? What if Police Officers turn a blind eye to overzealous political activists of the party they plan to join? What if bureaucrats go easy on implementation of land reforms to allow land-grabbing by their future political lords? Even worse. What if they indulge in severe bribery in order to build an election-kitty?

The truth is all the above are not “what if” scenarios, all the above has happened, is happening and will continue to happen and, if ignored, will only increase. So may be it’s time to stop it.

In fact, the EC in 2012 recommended to the then UPA Government that recently retired or resigned IAS, IPS and all-India services Officers be kept away from electoral politics for two years. Logic being that the unpredictability of a political future will keep them impartial to a certain extent while in service. The Government rejected the proposal. Why?

The Government argued that disallowing former bureaucrats to immediately join politics could violate their right to equality enshrined in the Constitution. Guess, the Government had forgotten the Oath these Officers took which states “…I will carry out the duties of my office loyally, honestly and with impartiality”? So, how can an Officer serve this nation and its people  “Loyally, honestly and with impartiality” when his decision-making is guided by his political ambitions?

4 COMMENTS ON THIS POST To “Stop Officers from Politics?”