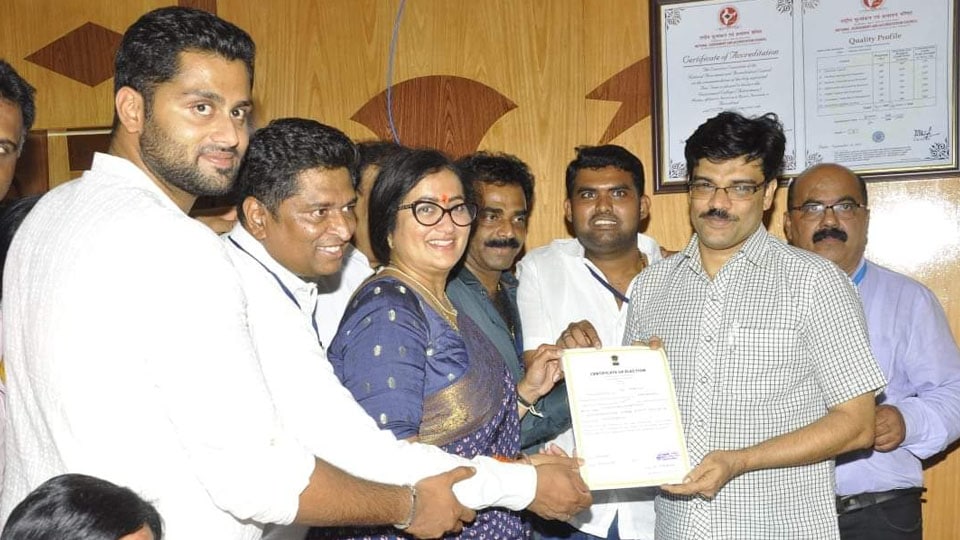 Sumalatha, wife of late Congress leader M.H. Ambarish, defeated Nikhil Kumaraswamy, son of Chief Minister H.D. Kumaraswamy, in Mandya. What seemed like a neck-and-neck fight in the morning soon turned into a landslide victory for Sumalatha.

By defeating Nikhil Kumaraswamy, Sumalatha has become the first independent candidate to win a Lok Sabha seat from Karnataka after its formation 52 years ago.

She is also only the third independent candidate ever to win a seat in Karnataka in the history of Lok Sabha elections so far.

What happens to the movie: Producer Rockline Venkatesh, actors Darshan and Yash were active in Sumalatha’s campaign, meanwhile Congress MLA and Rockline Venkatesh’s close relative MLA Muniratna Naidu campaigned for Nikhil and even made a grandiose announcement that he will not release the film Muniratna Kurukshetra if Nikhil did not win.

Ironically, Darshan plays the lead role in the film Kurukshetra and Nikhil Kumaraswamy plays the role of Abhimanyu. The big budget movie is set to be released in August.