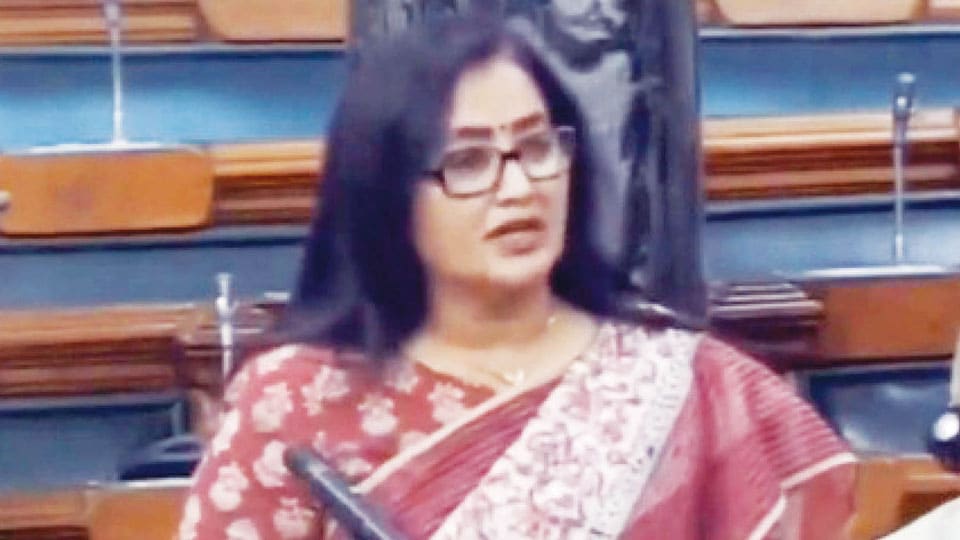 New Delhi: After meeting Lok Sabha Speaker Om Birla yesterday seeking permission to raise the issue of illegal and rampant mining in the vicinity of Krishna Raja Sagar (KRS) Dam in Mandya, MP Sumalatha Ambarish raised the issue in Parliament this noon after she was permitted by the Chair.

She said, in India there are many dams that are over 100 years old and considering this fact most of the structures are highly susceptible to various factors like natural calamities.

“My State of Karnataka has 236 large dams out of  which 44 are around 100 years or more. I want to bring to the notice of the House about a disturbing fact on KRS Dam where there have been cracks noted and reported in the structure,” she said.

The MP said, “Experts feel that this is due to the illegal mining activity and high-intensity quarry blasts that happen in the vicinity of the Dam. Mining has been banned around 20 km radius but yet blasting continues unabated, thanks to a local political, criminal and official nexus. I need not specify the potential disasters that could arise out of such a situation and I certainly hope and would urge the Union Minister to look into this aspect and prevent any potential disasters.”