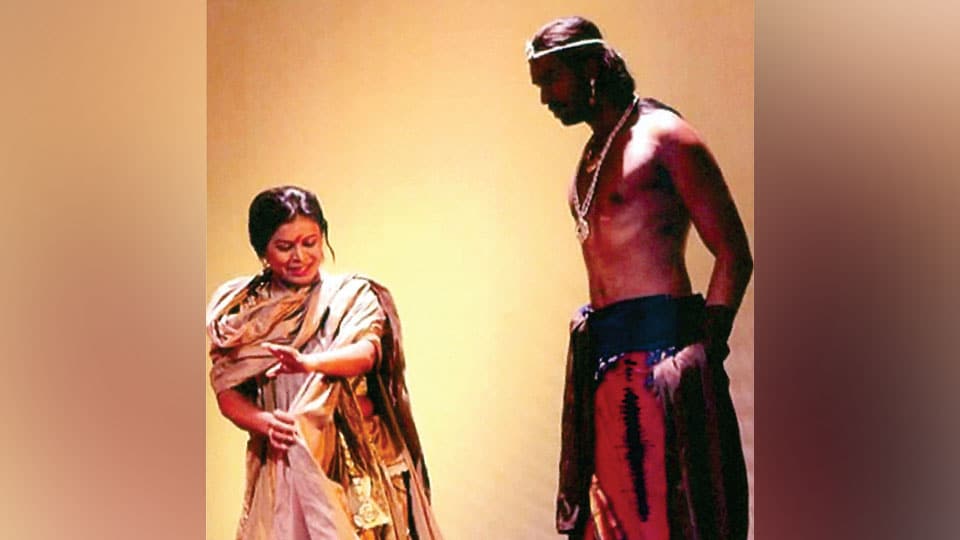 Music is scored by Ramachandra Hadpad and Venkatesh Joshi while lighting is by Manju Narayan, Makeup by Jayraj and songs by K.Y. Narayanaswamy.

About the Play: Originally the story was written by Dr. Surendra Varma and translated to Kannada by Dr. Siddalinga Pattanashetty. The play has been performed earlier by NSD and the present group under the title Surya Ki Antim Kiran Se Surya Ki Pehli Kiran Tak. The play was also the subject of a well-known Marathi film Aanhahat directed by Amol Palekar starring Ananth Nag and Sonali Bendre a few years back. The play Suryasthadinda Suryodayadavarage  is a journey through one night — the night of niyog (a practice of selecting a mate for a woman incapable of conceiving from her husband) and the upheaval it brings in the  lives of impotent king and the queen intertwined by a common fate when the queen is forced to undergo niyog against her wishes by the governing council.