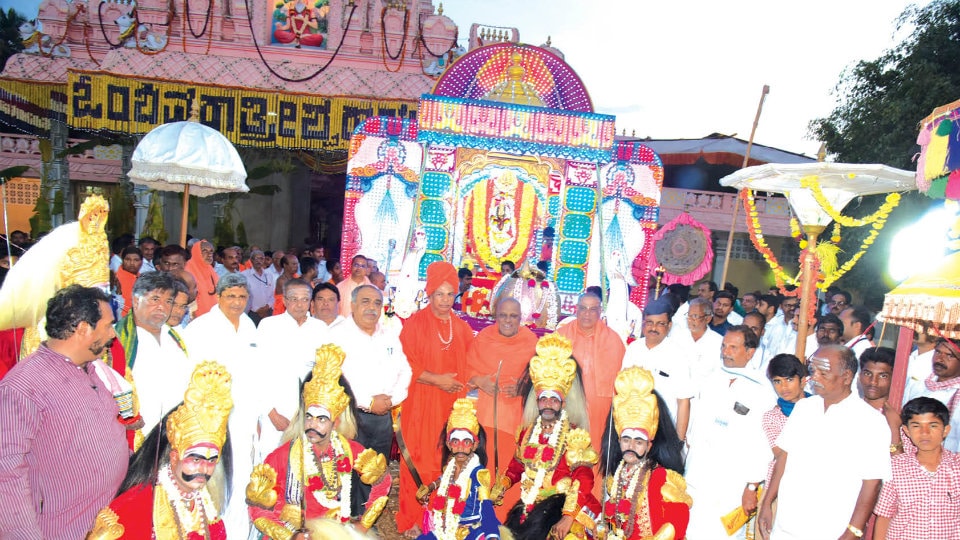 Lakhs of devotees from across the State, apart from State and Central Government Ministers and various religious heads, witnessed the Jathra.

Except gas balloon explosion incident that injured seven people including MLC Marithibbegowda, the Jathra passed off peacefully with all religious and festive fervour. However, all the injured, who are undergoing treatment at JSS Hospital, are recovering.

As many as 14 lakh people visited the Fair, Prasadam was distributed to 12 lakh devotees and Mahaprasadam was given to other two lakh devotees during the Jathra celebrations, according to Mutt sources.

Over 450 cultural events and performance of cultural programmes by 3,500 Mutt students were the major attractions of this fair. The Jathra also saw participation of cultural troupes from Kerala, Tamil Nadu and Maharashtra.

The exhibition had 400 stalls of various products that was spread over six acres of land. A ‘Krishi Brahmanda’ at Krishi Mela, which displayed 166 varieties of crops grown in just one acre of land, drew huge crowd on all the six days of the Festival.

Another highlight was, cattle were brought in large numbers for the Cattle Fair. A number of traditional and religious events, indigenous games for the entertainment of the local community, besides kite flying and wrestling contests were held successfully.