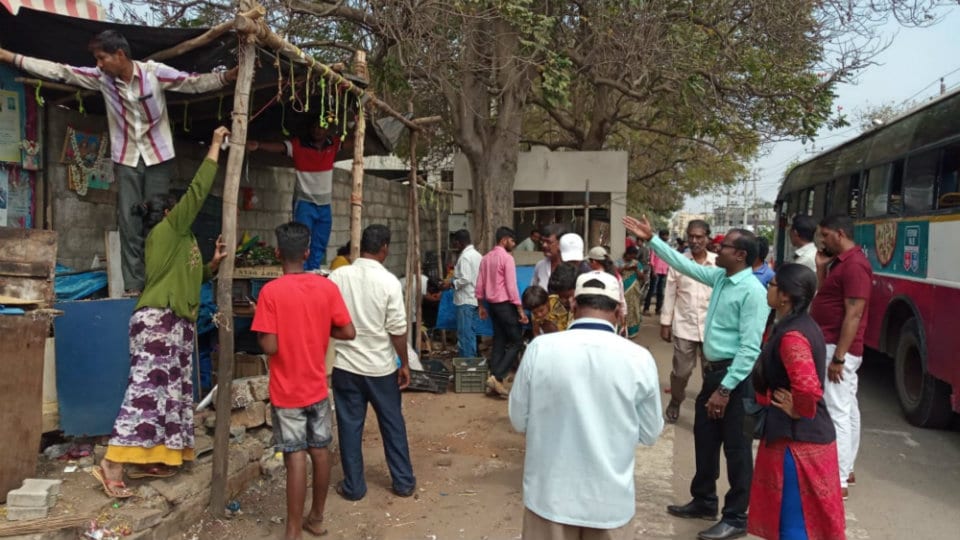 Mysuru: The Mysuru City Corporation (MCC) officials, continuing their drive against footpath encroachments, cleared the encroachments at J.P Nagar and other surrounding areas this morning.

The team of officials and workers were led by Assistant Commissioner Priyadarshini. Under Police protection, the workers razed the petty shops that had come up on various footpaths of the area during the drive which went on till 2 pm.

Wordy duel ensued between some encroachers and MCC officials for some time in the area for carrying out the drive without giving prior intimation.

Some shopkeepers sought some more time to remove their shops as a sudden drive would affect their livelihood. But the MCC officials refused and pulled down the encroachments without yielding to their demands.

MCC Engineers, Health and Work Inspectors, Environmental Engineers and others were present at the spot during the drive.

They also demolished all unauthorised advertisement billboards installed on footpaths and a total of 108 encroachments were removed in this morning’s drive.