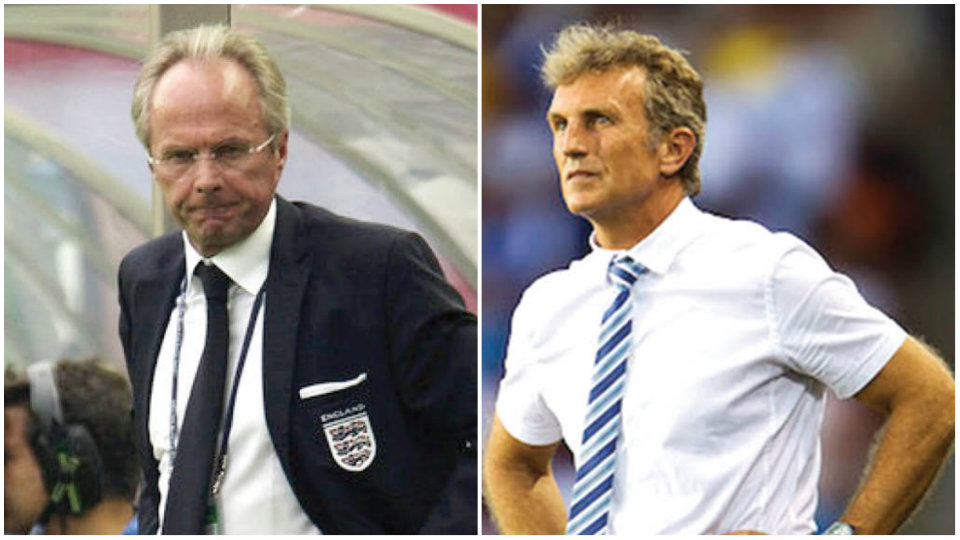 Sven-Goran, who was in charge of England for five years until 2006, had last month expressed his interest regarding the job to the AIFF.

The Indian team’s spirited showings in recent times had a ripple effect with the position of the men’s coach attracting over 250 applications, an unprecedented number that also includes some well-known names from Europe.

The post has been left vacant since Stephen Constantine resigned after the Indian team’s failure to make the knockout round of the AFC Asian Cup.

As a Manager, the 71-year-old Eriksson won 18 trophies with various clubs in Sweden, Portugal and Italy, between 1979 and 2000, and became the first manager to win league-and-cup doubles in three countries.

Under Roca, Bengaluru FC played four finals in his two seasons in charge – making the final of the AFC Cup in 2016, the Federation Cup in 2017 and the ISL and Super Cup in 2018.