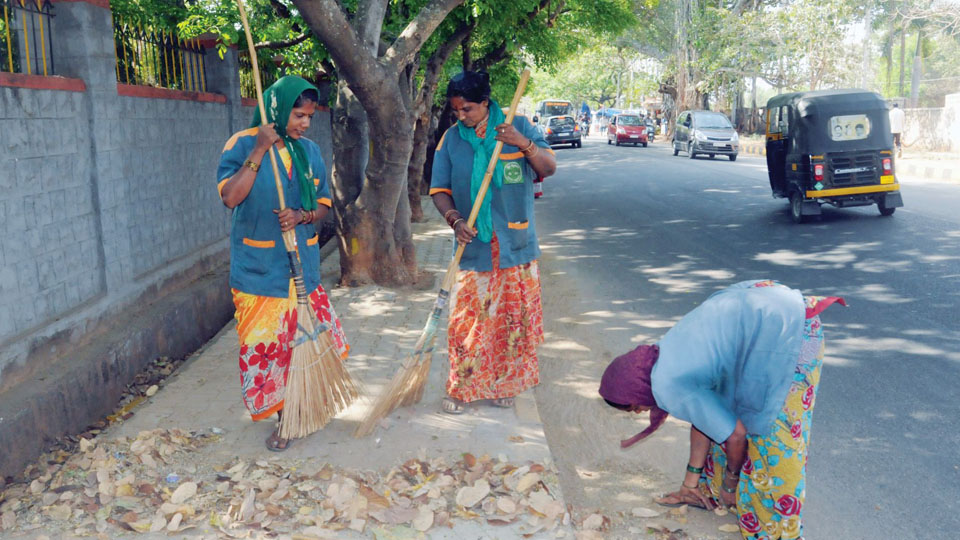 Pages of the land’s history, both recorded and passed on by word-of-mouth as it were, covering several centuries dating back to the era of Harappa-Mohenjodaro culture, or even the narratives in the date-less epics, seem to have no reference to Swachh per se. The Swachh Bharat Mission, launched on October 2nd, 2014 continues to be blared in media of all forms, more sounding as a slogan than to reflect success of the Mission to whatever extent that is there for all to see. While open defecation was pointedly associated with the rural areas, claims have already been made in official circles that the entire country has stopped from indulging in the time-honoured practice, the veracity of the claim not allowed to be questioned in public domain. Mercifully, the urbanites have not emulated their rustic counterparts in open defecation, which, if they did, there is no telling how urban life would have turned out, in addition to the yet unaddressed task of managing sewage and solid waste of Himalayan proportions.

The terms smart cities and clean cities, which were buzzwords for some days are no longer echoing, given the 100 cities identified to be made smart remaining the same by retaining their earlier image and according ranks to some cities for their cleanliness, in which Mysuru too figured at the top to start with. Then came to nationwide frenzied creation of toilets spending public funds, the facility not finding favour with the rustics largely.

While the nearly 450 million Indians with their homes in about 6,00,000 villages across the country chose to carry on with their routine, including open defecation and not bothered about the Swachh Bharat Mission, the urbanites in about 8,000 cities are currently facing the phenomenon of slums, growing in both numbers and headcount in virtually every city, among the cities that host slums Mumbai, Chennai, Bengaluru and Delhi stand out. The National Capital Region of Delhi, according to a report published in a leading daily last week, has 1,797 unauthorised colonies, spread over 178 sq.kms and hosts 40 lakh residents (three times the population of Mysuru), one third the population of the capital city.

Government of India has embarked on a measure of regularising the unauthorised colonies, euphemism for slums. Urbanities may not be defecating in the open, but they certainly cannot escape the charge of fouling up open spaces in a multitude ways, leaving the civic authorities flat-footed. Swachatha has to be the outlook to cleanliness, given the intimate connect between living in insanitary environs and illnesses. That culture driving the life of people is a pipe dream.

5 COMMENTS ON THIS POST To “Swachh Bharat: A pipe dream”