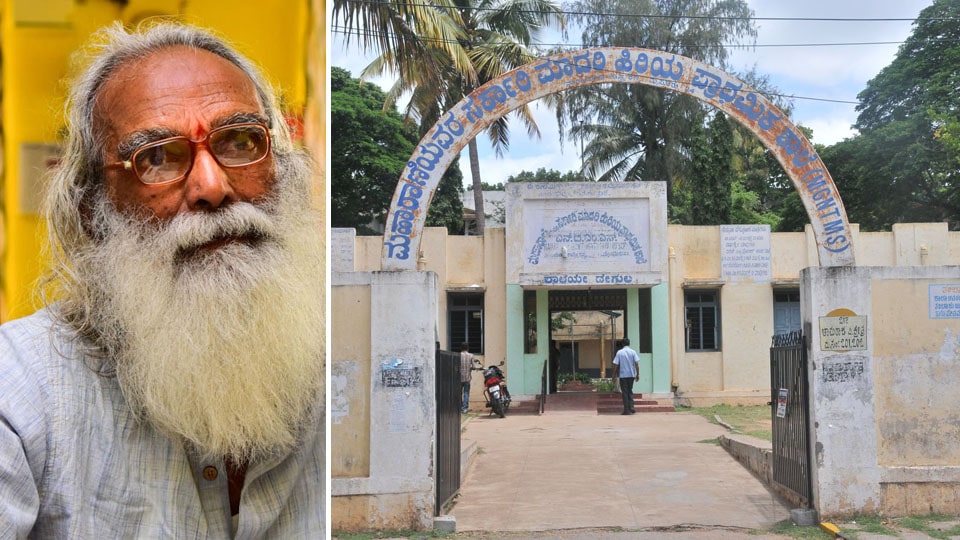 Mysuru: Retired Professor P.V. Nanjaraj Urs has clarified that Swami Vivekananda staying at the premises of NTM School on Narayana Shastri Road here during his (Vivekananda) visit to city is far from truth. The monk infact stayed at the residence of the then Dewan of Mysore Seshadri Iyer for which documents are available, he asserted.

Addressing a press meet at Pathrakartara Bhavan here on Friday, Nanjaraj Urs recalled that NTM School was the first School for girls established in 1881 by Vani Vilas Sannidana – Later in 1892 when Swami Vivekananda visited Mysore, the Monk stayed as the guest at Dewan Seshadri’s house and was also the guest of 10th Chamaraja Wadiyar. This has been clearly mentioned in the book ‘Swami Vivekananda Jeevan Charithre’ by Swami Somanathananda of Ramakrishna Ashrama, explained Urs.

He condemned the statement of the son-in-law of Kuvempu that Swami Vivekananda stayed at the Niranjan Mutt beside NTM School while it is clearly mentioned in the aforementioned biography on page number 133 that the Monk was the guest of Dewan Seshadri and Maharaja. He regretted that a few people were giving wrong messages.

He claimed that even today, a photo of the Swami is placed in a room upstairs of Seshadri  House and a plaque has been hung indicating that the Monk had indeed stayed there.

When Prime Minister Narendra Modi says Beti Bachao, Beti Padao, the leaders of the same party are saying Beti Bagaao, Smarak Banaao. MP Pratap Simha instructing the DDPI at the review meeting at Zilla Panchayat recently to get the NTM School evicted was an outrageous order especially when Chief Minister B.S. Yediyurappa had clearly ordered to maintain status quo with respect to the NTM School, he said.

Social Activist S.R. Sudarshan said that people protesting over the construction of Vivekananda Memorial were being labelled as leftists. He clarified that the protesters were neither leftists nor rightists but ‘Kannadaists.’ He added that they were not against the construction of a Memorial but it should be at the vacant space without affecting the School.