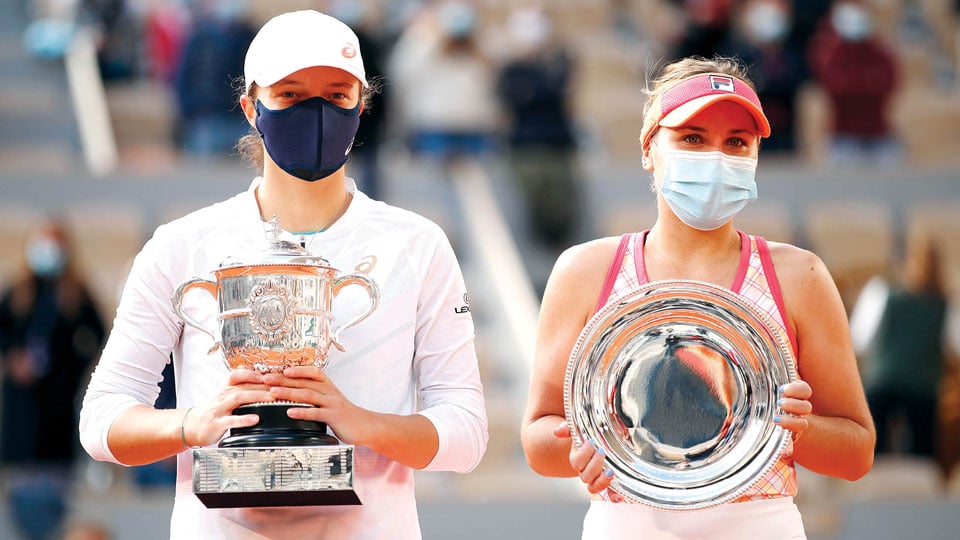 Paris: Polish teenager Iga Swiatek won her country’s first ever Grand Slam singles title on Saturday as she defeated American fourth seed Sofia Kenin 6-4, 6-1 to become the youngest women’s French Open champion since 1992. The 19-year-old Swiatek, at 54 the lowest-ranked woman to capture the Roland Garros title in the modern era, is the ninth first-time major champion in the past 14 Grand Slams. “Maybe it just had to be like that, another underdog had to win a Grand Slam. In women’s tennis right now it’s crazy,” said Swiatek, who will rise to 17th in the world after her victory. “I don’t know what’s going on. It’s overwhelming for me, it’s crazy.”

“Two years ago I won a junior Grand Slam (at Wimbledon) and now I’m here,” she added. “It feels like such a short time.”

Swiatek is the youngest women’s French Open winner since Monica Seles 28 years ago.

She eclipsed the run of compatriot Jadwiga Jedrzejowska — the most outstanding Polish player of the interwar period — who finished runner-up at Roland Garros in 1939.

Swiatek was only the second Polish woman to reach a Grand Slam final in Open era after Agnieszka Radwanska at Wimbledon in 2012. She had never previously been beyond the last 16.

Australian Open champion Kenin, 21, was attempting to become the first woman to capture two Slams in the same year since Angelique Kerber in 2016.