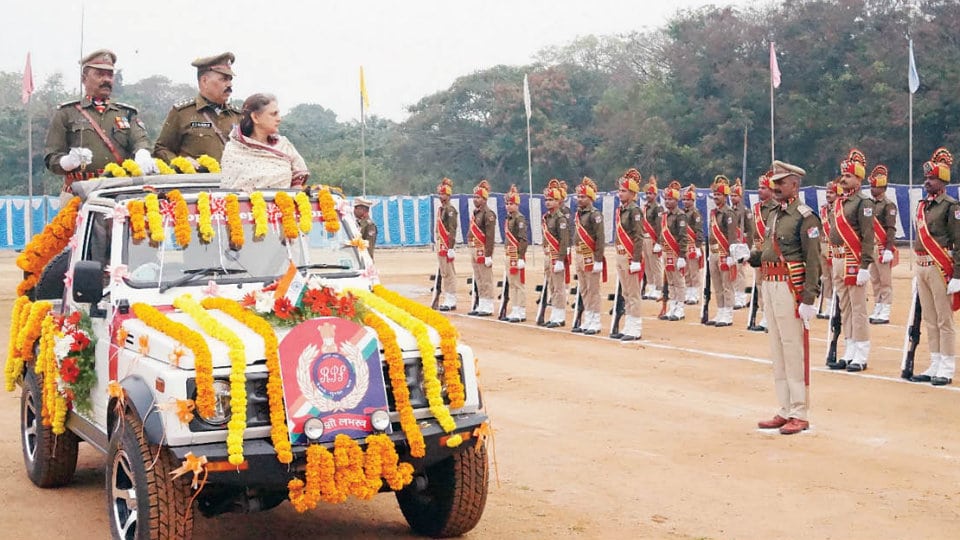 In her address, she called upon the railway men and women to ready to face the challenges for development of the nation. Highlighting the measures taken for improvement of railway infrastructure in the division, Garg said that Railway commissioned 71 kms of double line in a very short span of two months.

SWR Mysuru has also completed track restoration in Ghat section after unprecedented landslides. Railways had also provided toilets, installed CCTV in hospitals and improved Officers’ Rest Houses, RPF barracks and Project Saksham. She observed that the financial position of Railways was not upto the mark. Garg also said that Railways has also taken up staff welfare measures, improvements in railway colonies and staff canteen. She appreciated the Women’s Basket Ball team and cycling team of Mysuru Division for their sterling performance in the recently concluded Inter-Railway Championships at Secunderabad.