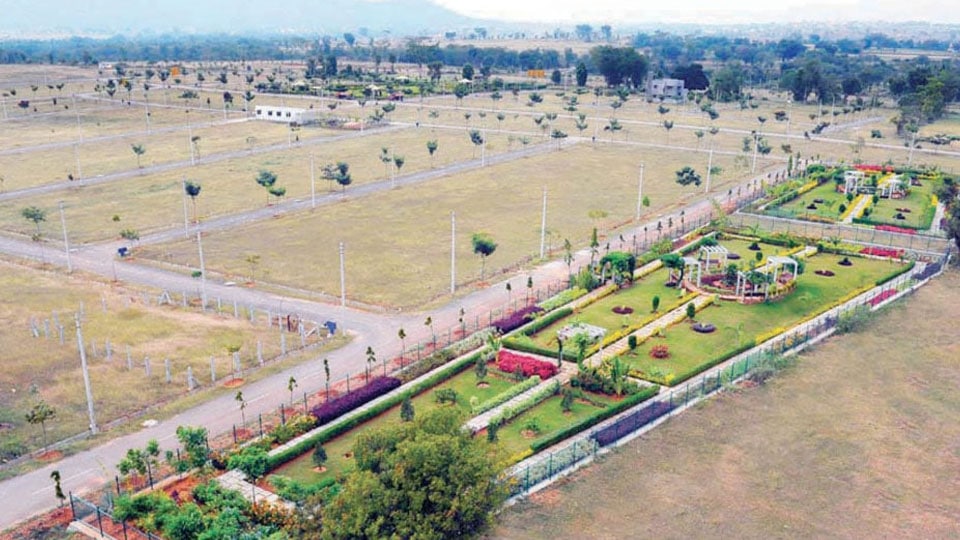 Complaint filed in Metagalli Police Station on Jan. 6; Police yet to register FIR

Mysore/Mysuru: A major tax evasion racket has come to light where the Mysuru City Corporation (MCC) has been cheated under Self Assessment Scheme (SAS) by paying less tax after creating fake documents. A complaint has been registered against four persons at Metagalli Police Station.

Such cases indicate how middlemen are ruling the roost at MCC and Mysuru Urban Development Authority (MUDA) under the very nose of the authorities. It is a thriving business where MCC and MUDA are taken for a ride and denied their rightful share of the taxes paid by the common man. And the case that has been detected is just a tip of the iceberg. If the tax documents of all the taxpayers are scrutinised, more such cases might come to light.

These middlemen collect full taxes from the residents and remit only a part of the taxes to the MCC by fabricating documents and pocket the rest of the money. Officials from Zone 5 of the MCC have lodged cases against four persons including an employee of IDBI Bank. The complaint was filed on Jan. 6 by Zonal Officer H. Nagaraj.

When the tax records were examined, it came to light that Diwakar had paid only Rs. 3,000 as tax for his house (250/1B) at Hebbal First Stage while actually he had to pay Rs. 97,000 according to the Self Assessment Scheme. In his complaint, Nagaraj has stated that fabricated documents were produced to evade tax.

Some of the MCC Zone offices are a haven for brokers who lay in wait for tax-payers who throng the office to pay taxes. These brokers wait at vantage points near the entrance of the Zone offices and as the property owners come to the counters, these brokers assure them that they need not pay the actual tax but much lesser, saving a lot of money.

Like in Diwakar’s case where he had paid just Rs. 3,000 instead of the actual Rs. 97,000, property owners are lured by brokers and tell them that they can create documents to evade tax and no one would question them for that.

In fact, such property owners do not realise that if the case comes to light during inspection, even the owners can be penalised and criminal cases can be lodged against them. These brokers are actively assisted by certain unscrupulous bank employees who blindly accept the fabricated documents without cross-verification.

In Diwakar’s case, apart from him (Diwakar), Yeshoda and Anitha have been named as accused and have been mentioned as unauthorised persons in the complaint. Also, the IDBI Bank employee Nanjesh is a co-accused in the case.

FIR not yet registered

Speaking to Star of Mysore, MCC Zone 5 Zonal Officer H. Nagaraj said that though he had lodged a complaint at Metagalli Police Station on Jan. 6 with seven documents to support his case, an FIR has not been lodged.

Nagaraj reasoned that original documents will be produced once the Police start investigation. “Unfortunately, the Police are sitting quiet on the issue raising suspicion in the minds of genuine tax-payers.

‘B Report’ to be filed

Speaking on the issue, Metagalli Police Inspector Raghavendra Gowda said that the Police are yet to file an FIR for want of original documents. Pointing out that the Police have been given only photocopies of records pertaining to property tax evasion, he said that they are ready to register an FIR and conduct an investigation into the alleged fraud. He further said that a ‘B Report’ will be filed if original documents are not submitted.

The Mysuru City Corporation (MCC), which has intensified its drive to collect the pending property tax, has warned the defaulting property owners of seizing their immovable properties if they fail to pay the dues on time.

In a press release, the MCC said that it has listed 1,83,949 taxable properties and taxes have so far been paid to 1,26,443 properties. The property owners had three months from April 1, 2019 to pay the tax and a rebate of 5 percent had been given. After the deadline ended in June-end, the MCC announced a rebate of 2 percent interest-free.