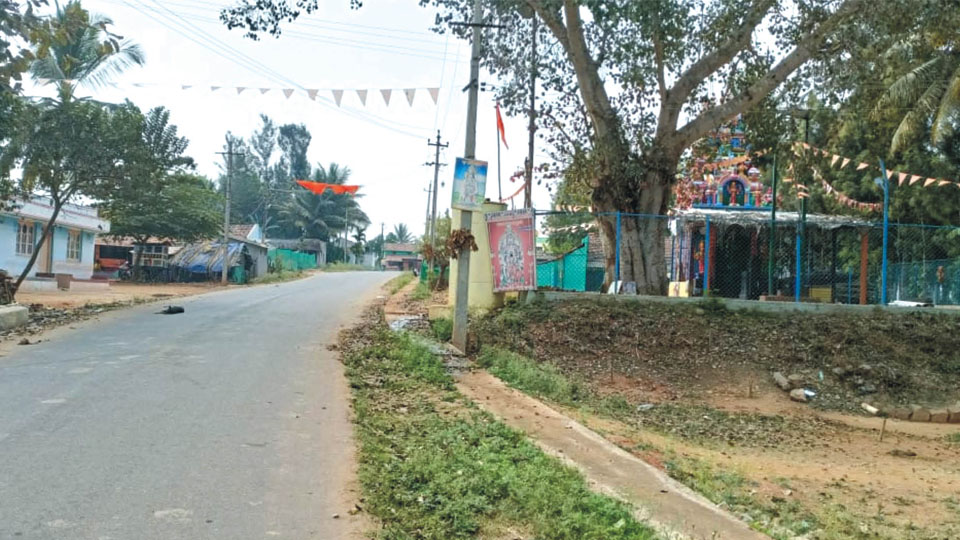 Hanagodu: To take the District Administration to the doorsteps of villagers, starting from Feb. 20, the State Government has directed all Revenue Department officials, including the Deputy Commissioners (DCs) and Tahsildars to visit villages on every third Saturday of each month to hear the grievances of the marginalised sections in villages.

As per the Government Order, DCs, Assistant Commissioners, Tahsildars, Revenue Inspectors, Surveyors and all other officials of the Department, except the clerical staff, would stay in villages for 24 hours on every third Saturday.

Following the Government Order, Mysuru DC Rohini Sindhuri will stay at Terikal village near Hunsur on Feb. 20.  Terikal is located in Bilikere Hobli of Hunsur Taluk. The DC will address grievances of the people.

It is one of the remote villages in Hunsur Taluk and though the main road is asphalted, the surrounding thoroughfares are not. It is a primarily agrarian village, complete with bullock carts, grain storage houses and small Kirana shops. The village has a Dalit Colony and tribal hamlets and though some Government facilities reach them, not all welfare measures are fully implemented, say villagers.

As per schedule, DC Rohini Sindhuri, accompanied by other officers will arrive at Terikal village at 10 am and will plant a sapling at the Government Primary School. She will interact with the teachers and students and later visit the Thousand-Pillar Kashilingeshwara Temple and discuss its rejuvenation with officials from Department of Archaeology and Museums.

Later, the DC will tour the village, tribal settlements and village burial grounds and will have lunch at Morarji Desai Residential School. She will distribute title deeds to beneficiaries of Ashraya Scheme and will interact with villagers regarding development, disbursement of pensions, ration cards, Pouthi Khata issues, Podi and measurements, encroachments of Government properties, Aadhaar and other services.

Speaking to Star of Mysore yesterday, Zilla Panchayat Member from Dharmapura M.B. Surendra said that the villagers have high expectations from the DC’s visit as there are several works pending including Podi and measurements of agricultural fields. High-ranking officials have not visited our village since years as works are managed by Panchayat. Villagers are awaiting ‘DC Madam’ to get their problems resolved.

Revenue Minister R. Ashok, who has adopted the popular ‘Village Stay’ programme of former Chief Minister H.D. Kumaraswamy, will launch the people-friendly programme by staying at Hosahalli village in Doddaballapur taluk on Feb. 20.