Home » Feature Articles » The man who saved the Town 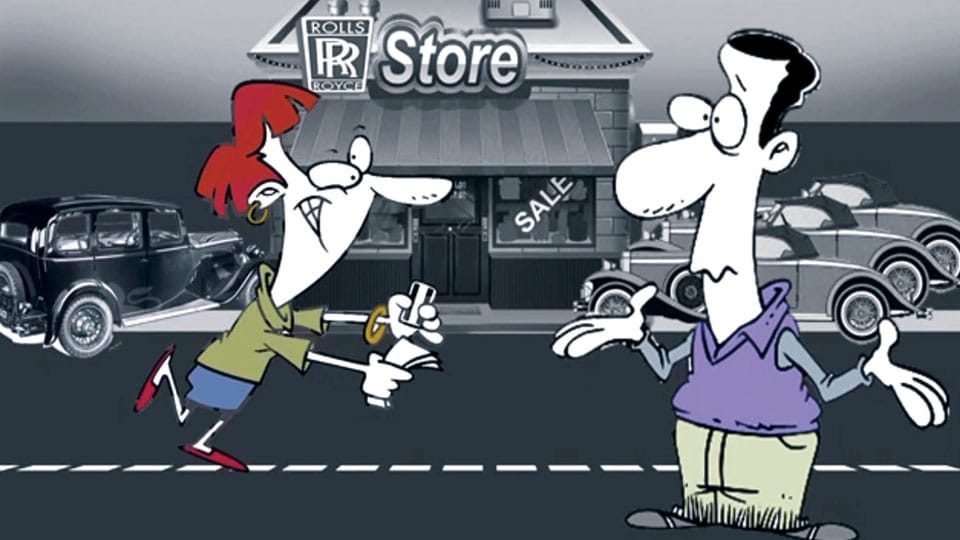 The man who saved the Town

General reading habit has resurfaced during pandemic. There are many literary works written long ago but strike similarity with present conditions. What makes writings from the past contemporary and universal is a question that can throw up multiple answers.

Though we need a paraphrased version to understand Shakespeare, his lines are quoted often. Some of the quotes — ‘To be or not to be’ or ‘Frailty thy name …’ — have become parts of our vocabulary.

Recently, while discussing the state of economy with a friend, she said, “What we need is the stranger of Pumpelsdrop.” If not wishful thinking, the story can at least entertain and connect the present with past. But then most stories have to be read with some amount suspension of disbelief.

‘The Man who Saved Pump- elsdrop’ is a story written by Walter J. Turner after the great depression of 1930s. Pumpelsdrop is an imaginary town and was not on the direct route to anywhere. To reach it, one had to take a detour and it was surrounded by villages where farming was the way of life.

When farmers produced and sold well, they flocked to the town and spent a lot luxury shopping. A casual visitor would wonder how such a small town could have such a luxurious chain of shops. But that was in the past. At one point, Pumpelsdrop lost its business and wore a deserted look. The shops barely managed a hand-to-mouth business. Things would have continued but for this incident.

A well-dressed man visited ‘Principal Motor Car’ showroom and asked for the proprietor and proffered his visiting card. The proprietor was elated as it bore the name of the noble family whose estate was about 50 miles away.

The stranger wanted two latest models of Rolls Royce vehicles. The price of each was 3,000 Pounds. The dealer needed a month to deliver the cars. The stranger was fine with it as the cars were Christmas present to his wife and daughter. He said he would come with his cheque and chauffeurs on Christmas Eve.

Later, the car showroom proprietor rushed home and in his excitement of having got bookings for two Rolls Royce cars told his wife that she could order herself jewellery for Christmas. The next day she went to the best jeweller’s shop and asked to see some necklaces. As the jeweller knew her and her husband, he showed her the best he had.

Among them was a beautiful, expensive piece on which he had given up all hope of selling it. Taken in by its exquisite beauty, she ordered the necklace to be delivered to her house on the Christmas Eve. The overjoyed jeweller, at dinner time, asked his wife to order a new fur coat she was wanting. She obeyed and got many more things that would complement the fur coat. The furrier in turn shared the optimism by ordering the accessories he badly wanted — a suit, shoes, socks and a safety razor, all to be delivered on Christmas Eve.

The contagion of spending was set in motion in Pumpelsdrop. Soon, everybody was buying or selling something. A sudden prosperity dawned. The town saw cheerful faces buying and celebrating their purchases in tea shops and restaurants. People released themselves of years of depression and suppression.

They bought things they had deprived themselves of for years. The town council too took up several pending improvement schemes. Soon, countryside neighbours started arriving, adding to the business. Farmers too took up more cultivation. They had economised so long wearing old clothes and not daring to spend a penny without anxious calculation. There was hope in the air and everyone was warming up to it.

On the morning of Christmas Eve, the car dealer was cheerful. He had done much more business in the last month than he had ever hoped. Those two Rolls Royce had arrived. In the afternoon, his old friend, a hardware dealer, dropped in and in the course of the conversation, they had a drink.

He told the car dealer that he had a huge order for barbed wires from the ‘Lunatic Asylum’ — an expensive establishment for private patients. The asylum had a 10-ft high fencing. But one of their inmates escaped five weeks ago. He added, “Apparently, he was one from the family of…”

The car dealer remembered the name on the visiting card. He looked at his watch — it was quarter to six on Christmas Eve. The bells of the town were ringing merrily. He remembered the glistening cars in his showroom. He knew that the stranger wouldn’t come to take them. But business had been so good that he could afford to keep them for some more time. He narrated the whole sequence of events to his friend. Both the friends drank to the greatest benefactor Pumpelsdrop had ever seen — ‘Long live the lunatic.’

Addendum: The story ends with an ‘All is well that ends well’ note. Any resemblance to the situation in the story to the present conditions, should add to our belief that history repeats. It also portrays the universal characters and situations Turner conjured up.

[Prof. K. C. Belliappa was a faculty in Department of English, Manasagangothri, Mysuru and Dr. Shakira is an alumnus of the Department.]