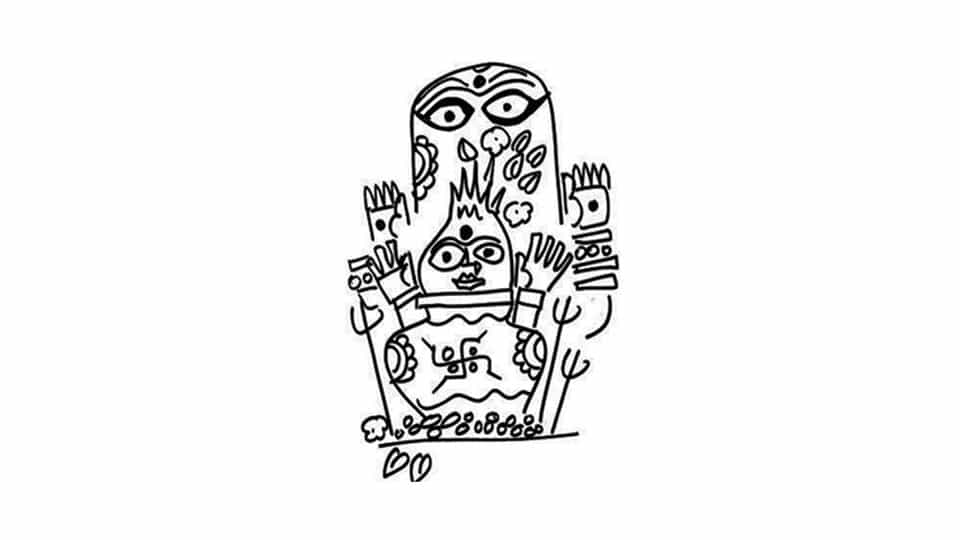 In ancient India, the village fields did not belong to any single person. There was no concept of individual land holdings. The entire land of the village belonged to the village community. Therefore, the village was dedicated to a Goddess. She was said to be the owner of the land. It was a kind of a proto-institutional model where everybody worked on the land for the Goddess. The harvest then belonged to the Goddess and it would be shared among the people who worked in the field.

Over time, the villages grew prosperous. Technology advanced and systems changed in the village. The old owners of the land started outsourcing the actual labour to peasants. The owners of the land became more powerful. They were seen as having more power than the peasants they outsourced the land to. The village also needed services of potters, carpenters, leather-workers, metalsmiths, rope-makers, goldsmiths, weavers, etc. The system of “balutedars” emerged: the village service-providers were given a share of the crop, in exchange for the services they provided.

Among these service providers, we find in inscriptions across Maharashtra, from 10th – 14th century, the name Gurav. The Gurav was the person who took care of the village Goddess. He bathed the Goddess, dressed her up, cleaned the temple, lit lamps for her. Initially, he was the priest. Later, kings invited Brahmins to their courts. Some of the Brahmins served as tax collectors and bureaucrats, while others helped the king establish his claim on the throne and the land. Shares of property were given to these Brahmins. Some of these Brahmins became pujaris. Only they were responsible for preparing the food for the deity. Thus, in Maharashtra, we find the temple priest belonging to two categories: the pujari, a Brahmin, who provides food to the deity and the Gurav, a non-Brahmin, who performs the other services of the temple.

Besides the Brahmin and the Gurav, there were also the singer and the dancer. The Bhavini or the kalavant provided the service of entertaining the Goddess. Thus, we find the origin of the Hindu temple has its roots in the idea of the village. The village belonged to the Goddess. It is to this Grama-devi that people, even today, owe their allegiance.

As Puranic Hinduism became popular, these village Goddesses were identified with Lakshmi or Durga. They became part of the Hindu pantheon. Their origins, however, remain rooted to geography. When we study the Hindu temple, we must remind ourselves that the origin of these temples is local. Over this origin, with the arrival of Brahmins, people placed the layer of Puranic Hinduism. Over this, Vedic metaphors were attached around the 12th and 13th century. This was thanks to the works of Ramanuja and Abhinav Gupta, who connected all Puranic iconography with Vedic metaphors. Shiva and Vishnu became forms of formless ideas such as param-atma. The material world or prakriti was embodied in Shakti and Lakshmi.

Only when we see the temple in this way, we realise the role of the temple in maintaining the village economy and its political role in establishing the legitimacy of kings. The idea that the temple was a religious institution, independent of economics and politics, is a very recent one. From a historical point of view, that is simply not true.