Home » Columns » The virtuous out, the virtual in 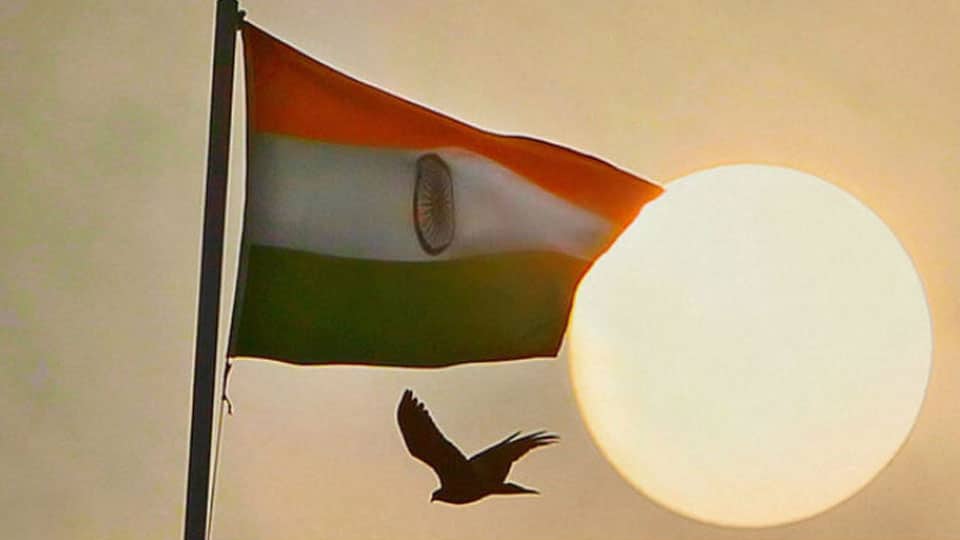 The virtuous out, the virtual in

Consider the emerging India that is Bharat. Consider a clutch of latest developments and their implications. Consider what is said and what is unsaid, what is done and what is undone. A few moments of such considerations cannot leave us elated or even modestly satisfied with what is happening to our land and our civilisation. Yet we have no choice but to consider them.

Item. The Supreme Court takes suo moto action against a lawyer who posted two Tweets critical of the judiciary. That the lawyer involved is Prashant Bhushan, a wellknown activist, explains the story.  According to the Court, the Tweets contained scurrilous allegations of a malicious nature. According to Bhushan, criticism of the Top Judge does not scandalise the Court. He declared that he was only exercising his freedom of speech. Quoting Mahatma Gandhi, he said he would not apologise for his Tweets and would cheerfully accept whatever punishment was given by the Court.

It is important that a group of informed people went public with their support of the lawyer.  While the Court found Bhushan guilty of contempt, the supporting group that defended him questioned the assumptions behind the contempt law itself.  That a significant section of legal opinion criticised the rule of the Court reflected badly on the judiciary.  Another group came up in support of the Court. This looked like a contrived tit for tat.

Item. BCCI, the all-powerful cricket authority, wants to introduce a bunch of amendments to its constitution removing the ban on office-bearers continuing after two terms.  This change will enable Jay Shah, son of BJP President Amit Shah, to continue as Secretary of the Board for the third year in “public and national interests.”

It is true that Jay Shah, after getting a B.Tech from Nirma University, took a cricket training course in Ahmedabad and was considered “a decent enough batsman.” Our cricket-mad country is filled with decent enough batsmen and bowlers.  They don’t come into any Board.

Item. The Supreme Court decided against ordering the transfer of PM-CARES Fund contributions to the National Disaster Response Fund.  Transparency campaigners and opposition leaders said this was a “body blow to the transparency and accountability of the Government.”  One critic said the judgement went against the need to tell those in power that they were not monarchs of the land, but servants of the people. We live in an age when servants are monarchs.

Item. The PM-CARES Fund meanwhile chose to respond to a question.  In 2019-20, Rs. 3,076.62 crore was collected in addition to Rs. 39.68 lakh in foreign currency in the first five days after its formation, the response said. The generosity and the speed of the donations were unprecedented. This showed that the country was full of either rich people waiting for a moment to give their money to the people, or rich people who know who they must give their money to and when. The Prime Minister’s Office showed its appreciation by repeatedly denying Right To Information (RTI) requests for details about the donors. Reason given: The Fund is not a public authority under the Act.  It is clear that public authorities under various Acts know that the right to information are confined to the givers of information, not the receivers.

Item. Under the Constitution, education is in the concurrent list. That is, each State has the power to decide basic policies pertaining to education. But the new education policy announced by the Central Government is on the basis of the Centre being the ultimate authority on education policy.  As a result of this decision, all authority will now rest with a Council consisting of the Prime Minister, some Chief Ministers he nominates and some Central Government Officers, also nominated by him.  Not much imagination is required to guess the composition and policies of such a Council; it will implement the ruling party’s ideals and purposes across the country.  Are we seeing the beginnings of a new one history, one culture, one language, one religion approach to nation building?  What nation such a policy will build is clear. Only that it won’t be the nation we love and the world admires for its unity-in-diversity.  It will be a new unity-or-else nation led by a party’s policy enforcers.

We have more than 800 Universities in India today.  A new phase of corporatisation has begun; the Ambani-led Jio has been given the permissions needed to start India’s first Virtual University. The virtuous are things of past. The future belongs to the virtual.

9 COMMENTS ON THIS POST To “The virtuous out, the virtual in”