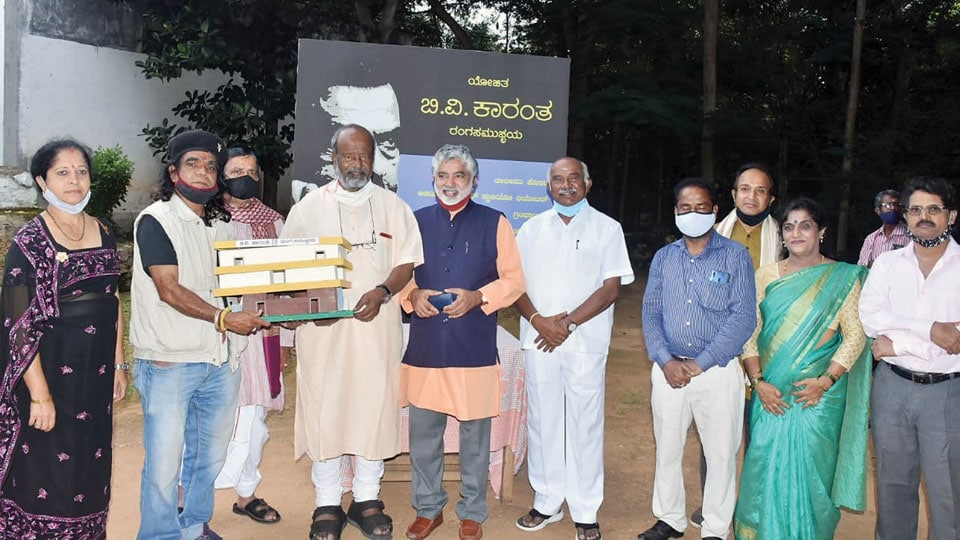 Speaking as a chief guest at a programme organised by Rangayana at Bhoomigeetha, on the occasion of B.V. Karanth’s birthday here yesterday, Kappanna said, “Elected representatives and theatre artistes should come together and urge the State Government to officially declare Karanth’s birthday as Bharatiya Theatre Music Day.”

“B.V. Karanth is known to have composed music for a large number of plays in many Indian languages including Kannada, Malayalam, Hindi, Punjabi, Bengali and others.  He not only infused desi touch to theatre but also introduced Indian theatre to the western world,” he said.

“After working all over the country in the field of theatre, Karanth returned here and established Rangayana in Mysuru. He has inspired a large number of junior theatre artistes and has also composed music to plays written by a number of senior littérateurs,” he said.

These theatre songs have now been rendered by Rangayana artistes, which have been recorded and will be telecast today and tomorrow at Rangayana’s website www.rangayana.org.