Home » News » ‘There are more snake rescuers than snakes in Bengaluru’ 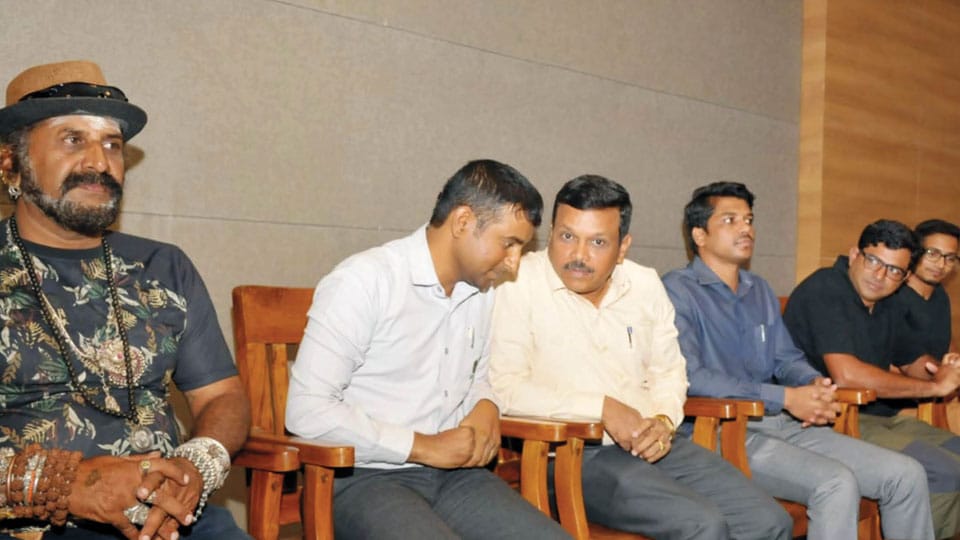 ‘There are more snake rescuers than snakes in Bengaluru’

Mysuru: There are more snake rescuers than the population of snakes in Bengaluru, said snake conservation expert Sumanth.

He was speaking at the workshop organised for snake rescuers at the Mysuru Zoo auditorium in city yesterday.

Continuing, he said that there is information that a few snake rescuers were receiving Rs.4,000 to Rs.8,000 for catching a snake and added that in a bid to earn money they were releasing the snakes they had caught in one locality to another locality and demanding money to catch them.

Sumanth further said that there were 10 lakh snake bite incidents reported in the country in a year out of which 40,000 to 50,000 persons die of snake bites and 1.5 lakh to 2 lakh persons are losing their hands and legs. More number of farmers and construction workers are the victims of snake bites, he said and added that there is a need to create awareness in this regard.

He further said that a snake rescuer, after rescuing a snake, should provide information about it to the public and not just catch the snake within minutes and come back. Stating that there are picture messages of snakes with three, five and seven hoods, snakes take revenge in 12 years which are doing rounds in the social media are false, Sumanth said that they were sending wrong messages to the public.

He added that there are a few snakes which do not drink milk and snakes prefer to stay away from human beings. When snakes feel that there is a threat to them, they make loud hissing sounds as warning and as a last resort they bite and in a few bite incidents the venom is not released, he explained.

Earlier, Zoo Authority of Karnataka (ZAK) Member-Secretary B.P. Ravi, who spoke, said that the snake rescuers should take precautions while rescuing a snake and should also take steps to create awareness about the myths surrounding the snake.

He emphasised on framing a syllabus, followed by training to amateurs and issue certificates to successful candidates besides distributing honorarium to them.

B.P. Ravi advised the rescuers to develop a dedicated website on snakes and share the information on social media platforms as it would enrich the knowledge of other snake rescuers.

Mysuru Zoo Executive Director Ajit M. Kulkarni, speaking on the occasion, said that humans are creating problems to snakes because of wrong information and superstitious beliefs and added that in order to hone the skills of snake rescuers and provide more information about snakes and how to handle them, this workshop has been organised.

City’s well-known snake rescuer and wildlife conservationist Snake Shyam, in his advice to snake rescuers, said that a snake rescuer should first identify the spot the snake is hiding, check whether the snake is injured and then take steps to rescue it. Though a snake rescuer has caught 100 or 1,000 snakes, he should take precautions every time the way he had taken while rescuing his first snake, he said.

Identification of snakes is very important and snake rescuers should be able to differentiate between venomous and non-venomous snakes and should share the information about snakes and its importance in the eco-system to the public whenever they rescue a snake. Stating that any snake rescuer, who first arrives at the spot where snake was sighted, should rescue the snake, Shyam said that other rescuers should not indulge in fight with them stating that it is their area, as rescuing the snake should be their priority.

READ ALSO  Back to the wild

Snake conservation expert Gerry Martin and others held a demo on handling snakes. Over 80 snake rescuers from Mysuru, Mandya, Chamarajanagar, Kodagu, Hassan, Tumakuru and other places took part in the workshop.