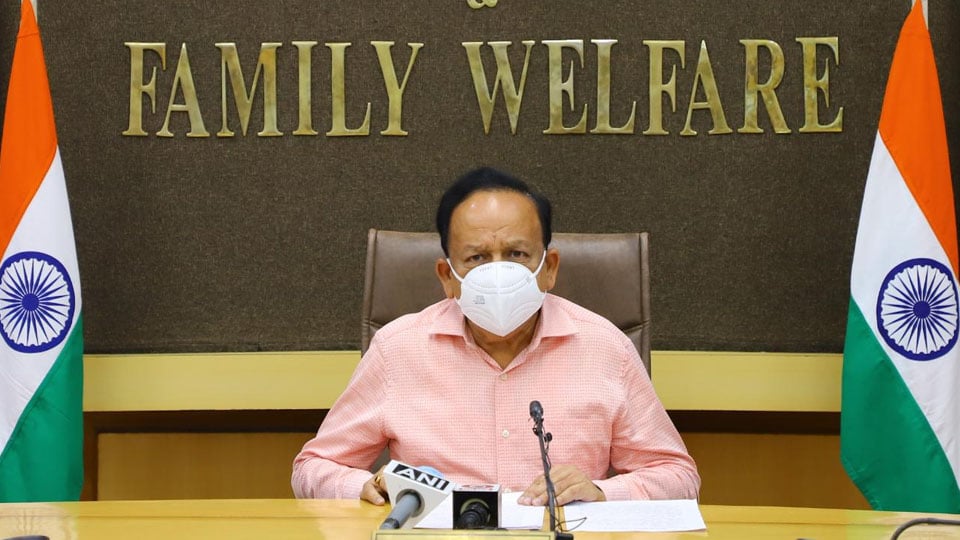 Third phase of COVID-19 vaccination from next month: Union Minister

New Delhi: Union Health Minister Dr. Harsh Vardhan said in the Lok Sabha yesterday that the third phase of vaccination against the COVID-19 is likely to commence in March and will cover 27 crore people aged 50 years and above along with those with co-morbidities.

“In coming days, 27 crore people who are above 50 and those under 50 with co-morbidities will be vaccinated,” the Minister said in reply to questions on vaccines and the vaccination drive against the Coronavirus during the Question Hour.

Dr. Harsh Vardhan said nearly five million people have been inoculated in the country so far, adding that the vaccination drive for frontline workers has begun this week. The COVID-19 vaccination drive in India began on Jan. 16, with healthcare workers being administered the shots first followed by frontline workers — both estimated to be around three crore. “After the completion of first and second phases, the third phase could be launched from any week next month,” he said.

“It is not possible to give an exact date, but we estimate that this process can start in the second, third or the fourth week of March. The Finance Minister has allocated Rs. 35,000 crore for vaccination in the Budget with an assurance that it could be increased if required. Two vaccines — Serum Institute’s Covishield and Bharat Biotech’s Covaxin — have been approved for emergency use authorisation, while work is in progress on seven more vaccines against Covid-19,” he pointed out.

Besides these, work is in progress on seven vaccines. Of the seven, three vaccines were in Phase 3 clinical trial stage. Two vaccines were in phase 1 and 2 clinical trial stages and the remaining two were in advanced pre-clinical stage. India has received requests for vaccines from 22 countries including Afghanistan, Algeria, Bangladesh, Bhutan, Brazil, Egypt, Kuwait, Maldives, Mauritius, Morocco, Mongolia, Myanmar, Nepal, Nicaragua, Oman, Saudi Arabia, Seychelles, South Africa and the UAE. There was also request from the Pacific Island countries. Vaccines have already been given to 15 countries through grant assistance and contracted doses. As much as 56 lakh doses have been sent through grants and five lakh doses through contract, the Minister noted.