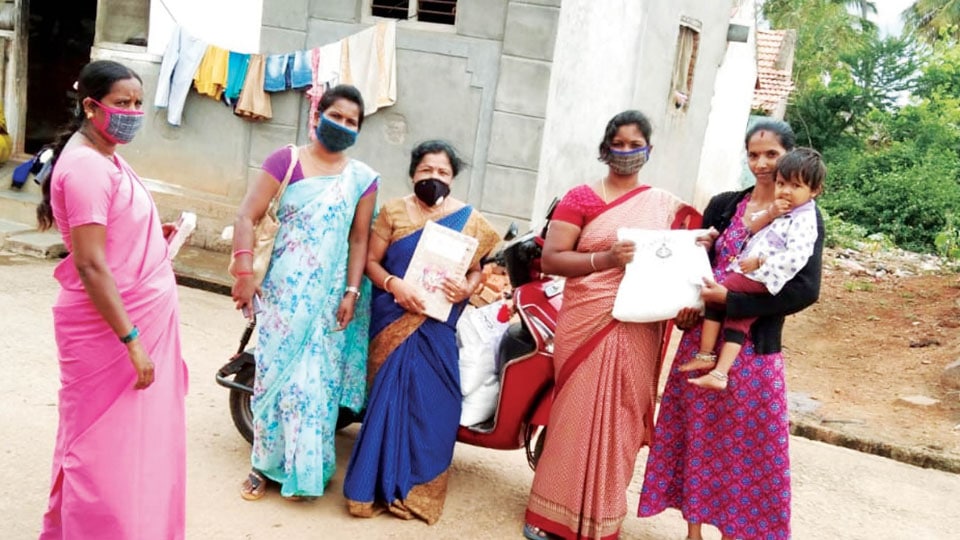 Mysore/Mysuru: The second wave of COVID-19 witnessed a surge in the number of children  infected with the virus. As there is no vaccination available for children as yet, the only way to protect them is by ensuring that their immunity power is boosted with nutritious food and also by making sure that they follow all the Coronavirus norms.

Childcare experts have warned that nutrient deficiency or malnutrition weakens the immune system, making kids more susceptible to contagion. Ahead of the potential third wave, the Mysuru District Administration through the Women and Child Development Department has completed surveillance work and has done a paediatric survey to identify the most vulnerable children in order to make timely arrangements for their protection.

As part of the survey, 1,41,382 children were weighed and examined in Mysuru district (inclusive of city) and of them, 1,31,864  children were found to be normal bodied as per their age group, 9,383 children (6.64 percent) were found to be malnourished and 132 children are suffering from ‘Severe Acute Malnutrition’ (SAM), indicating a 0.09 percent SAM. In Mysuru city, 22 children are suffering from SAM and in taluk there are 34 children who are acutely malnourished.

Incidentally, the World Health Organisation (WHO) defines severe acute malnutrition by very low weight-for-height or a mid-upper arm circumference less than 115 mm, or by the presence of nutritional oedema.

Children suffering from SAM have very low weight for their height, and are nine times more likely to die in case of diseases due to their weakened immune system. “We have completed the survey and have ensured nutritional food packets are supplied to all homes of such children and special focus is on kids suffering from SAM,” officials from the Women and Child Development Department told Star of Mysore.

“We have been distributing protein powders, eggs, milk powder, food grains (including rice and a couple of pulses), sugar, chikkis, groundnuts and jaggery among households that have underweight children. These items are directly supplied to the doorstep of underweight children to prevent pilferage and also to prevent selling of such items to procure alcohol,” officers said.

Food kits are supplied to children between six months to three years, three to six years, pregnant women and neonatal mothers. “We are utilising the services of Anganwadi workers and the respective Taluk Child Development Officers. We are maintaining a separate list of children suffering from malnutrition and other severe diseases. In the case of the third wave, we are prepared to tackle infection among children,” the officer added.

Children have been categorised in the age groups of 0-5 years, 5-10 years and 10-15 and have been classified further as red (vulnerable), yellow (less vulnerable) and green (low vulnerable) category. “In case a variant affecting children is detected, then all the vulnerable children will be prioritised for remedial measures,” the officer added.

Such paediatric surveys will help in data updation and identifying which children are more vulnerable. Even the health infrastructure will also be improvised based on this survey, the officer added.