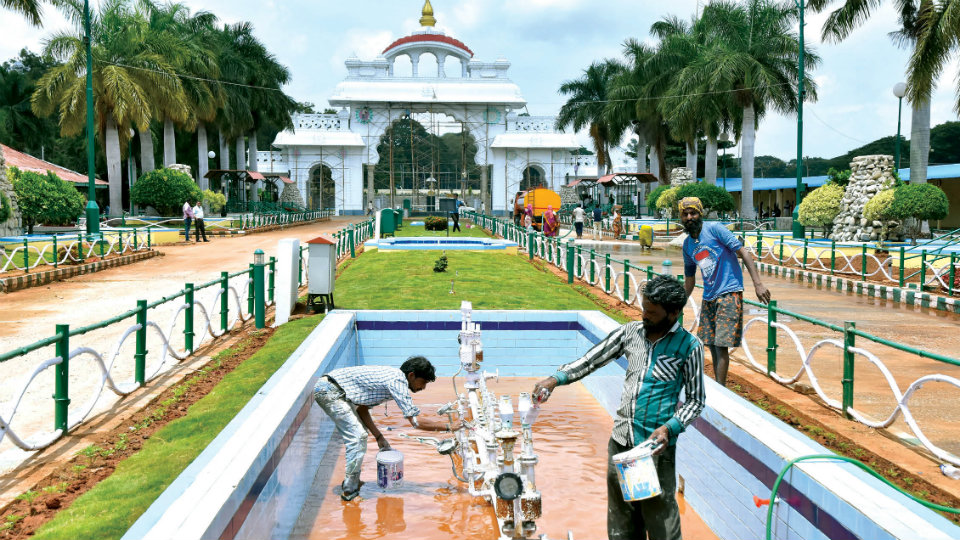 This year too, empty stalls to greet Dasara Expo visitors on Day-1

Mysuru:  This year too, empty stalls will greet VIPs and visitors at Dasara Exhibition when Dasara will be inaugurated on Sept. 29 as the stalls are not occupied either by private vendors or the Government Departments.

The tradition of exhibition not opening on the day of Dasara probably started in 2016 when the then Mysuru District Minister inaugurated the empty stalls at the expo. The tradition has been followed diligently ever since.

Earlier, Dasara Exhibition would be actually ready when the Dasara celebrations began. Over the years, this practice stopped and now it is always after the Dasara commences that the exhibition opens. Though the Karnataka Exhibition Authority (KEA) has been sprucing up the exhibition campus with necessary infrastructure, vendors are yet to set up stalls.

This year, 113 stalls have been reserved for private parties and 45 are meant for Government Departments like Zilla Panchayat and Forest Department. Though the Forest Department has started work on their “wildlife and fauna display” — which they do every year — other departments are yet to build even the basic infrastructure.

As part of providing better infrastructure, the KEA has improved the surroundings with greenery, lighting, illumination of surroundings, washing and cleaning the water fountains with acid and giving them a fresh coat of paint. The entry point has been cleaned and cemented to prevent slushy environs if it rains. Toilets have been put up in five places and drinking water arrangements have been made.

This year, the overall exhibition contract went for Rs. 8.25 crore and the KEA had kept Rs. 7.25 crore as basic bidding amount. There were three bidders and as every year,

Bengaluru-based Fun World Group bagged the tender. Apart from the stalls, there will be an exclusive amusement park and a food court. Even these sections have not been occupied.

Speaking to Star of Mysore on the delay in occupying the stalls, KEA Chief Executive Officer B.R. Girish said that the KEA has written to all Government Departments, Boards and Corporations and Zilla Panchayats to participate in this year’s exhibition. Similarly, letters have gone from the KEA to all the Government Departments to be fully ready for the opening.

“Despite this, there is a delay as many departments must call for tenders for theme-based design of stalls. The plans to set up stalls and the necessary infrastructure were ready two months back. We are in contact with the departments and it might take a couple of days for them to set up stalls,” he said.

However, private parties who are setting up stalls said that the delay was on the part of KEA. “If the tenders were called three to four weeks ahead of Dasara season, half of the exhibition would have been full by now. However, due to the delay, tender holders are coming now and they are yet to begin their basic design work. Moreover, daily rain is hampering the stall setting work. Paper and cardboard-based material has turned soggy due to the rains,” a private tender holder said.