Home » News » Those who eyed Indian territory in Ladakh got befitting reply: PM 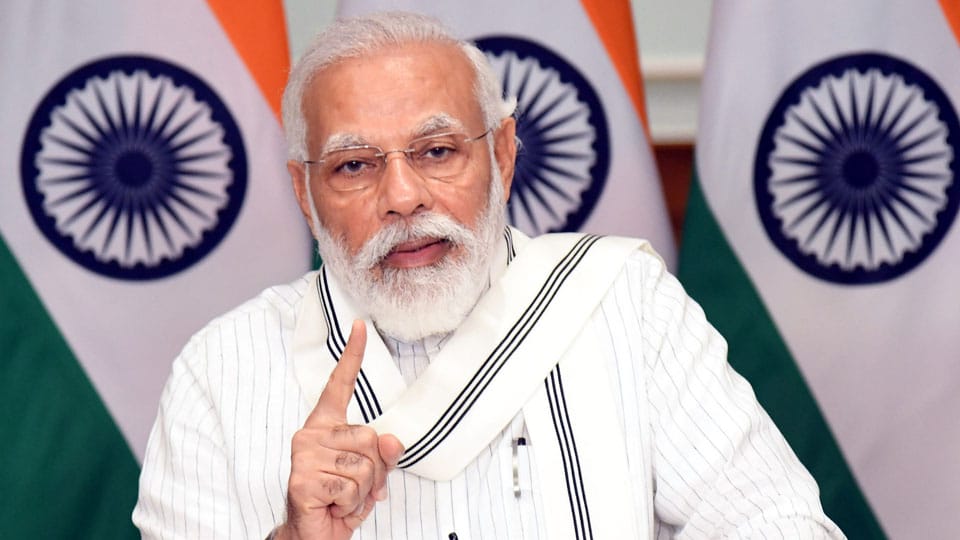 Those who eyed Indian territory in Ladakh got befitting reply: PM

New Delhi: India has given a befitting response to those who dared to eye her territory in Ladakh, Prime Minister Narendra Modi said this morning, referring to the clash with Chinese troops in Galwan Valley on June 15 in which 20 soldiers were killed in action.

In this context, he also spoke of the economic backlash against China, mentioning how people have decided to boycott Chinese goods and how it will contribute to an Atma Nirbhar Bharat (Self Reliant India).

“Those who eyed Indian land in Ladakh have received a befitting response,” the Prime Minister said in his monthly radio address Mann ki Baat. “If India knows how to maintain friendship, it can also confront someone and give an adequate response. Our brave soldiers made it clear that they will not allow anyone to taint the honour of Mother India,” he added, referring to the clash in which 20 Indian soldiers were killed in the line of duty.

“India bows to our brave martyrs. They’ve always kept India safe, valour will always be remembered,” the Prime Minister said. “As compared to lockdown, we need to be even more careful now during Unlock. If you don’t wear masks, follow social distancing & other precautions, you put yourself as well as others at risk. I appeal to all countrymen to not be careless,” PM Modi said.

10 COMMENTS ON THIS POST To “Those who eyed Indian territory in Ladakh got befitting reply: PM”