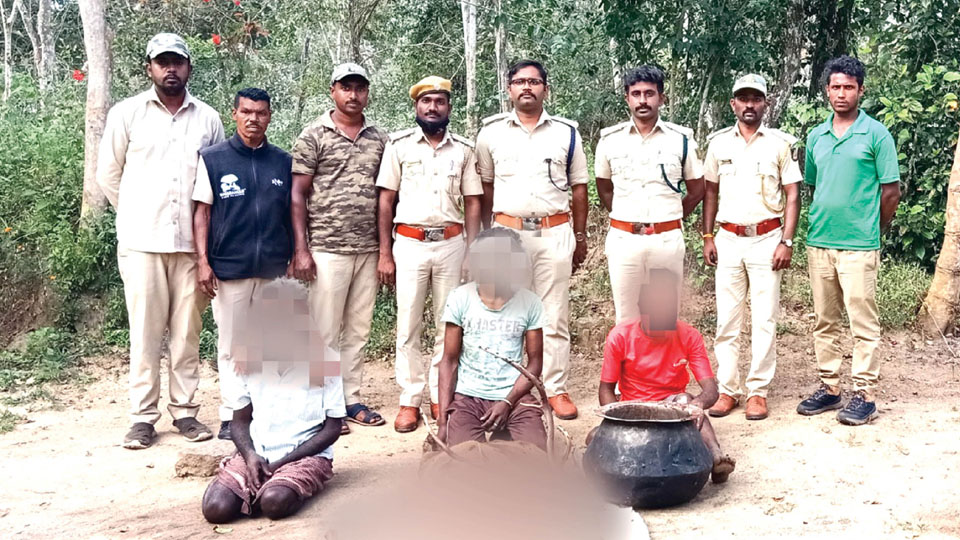 Hunsur: The Forest Department officials have arrested three persons on charges of illegally storing deer meat in their house and have seized deer meat weighing about 30 kg from the house.

Those arrested are 59-year-old Kariya and his sons 25-year-old Manju and 22-year-old Shivakumar, residents of Bommalapura tribal hamlet in Veeranahosahalli Wildlife Range of Nagarahole Tiger Reserve.

Following a tip off that deer meat has been illegally stored in the house, the Forest Department officials and staff raided the house, arrested the three and seized the meat.

A case has been registered against the three persons under Wildlife Protection Act and the accused were produced before the Assistant Conservator of Forests (ACF) of Hunsur Wildlife Sub-Division.

Officials and staff of Veeranahosahalli Wildlife Range took part in the raid.