Mysuru:  With Chief Minister Siddharamaiah camping in city to take part in poll campaigning  at Chamundeshwari and Varuna Assembly segments since yesterday, supporters of Congress leaders from various districts, who were denied the party ticket for the May 12 elections, staged a demonstration in front of the CM’s Ramakrishnanagar residence here this morning

Among the supporters of ticket aspirants from different districts, supporters of sitting Hanagal MLA (Haveri) and former Minister Manohar Tahsildar, who was denied the ticket this time, were high in number.

Expressing solidarity with their leader, Tahsildar’s supporters rolled all over the ground near the CM’s residence to register their protest. The protestors urged the CM and the party High Command to reconsider the party’s decision and allot the ticket to Manohar Tahsildar as he had a good chance of winning more than any other leader in the party. 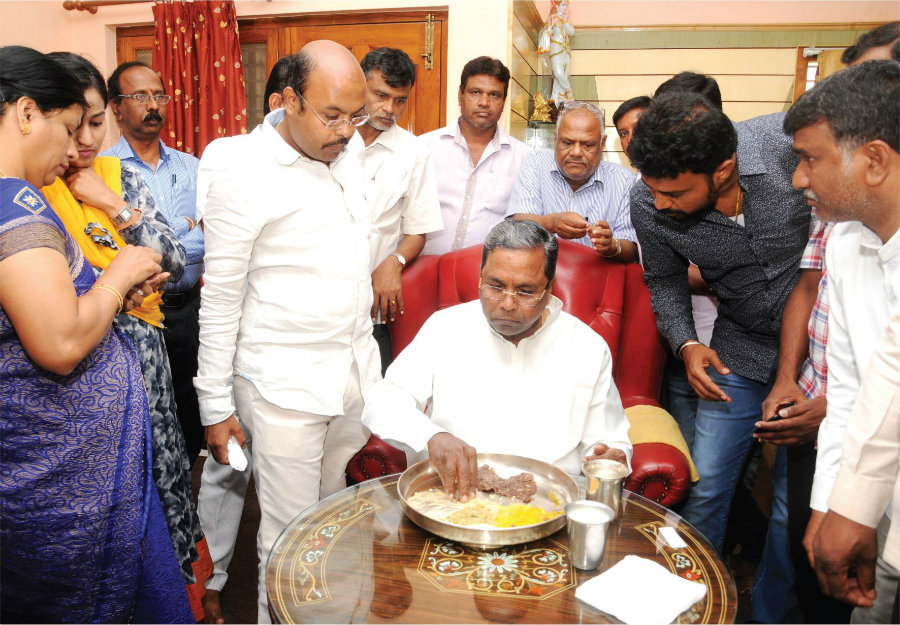 HURRIED BREAKFAST: CM Siddharamaiah having breakfast of ragi roti and some side dishes in a silver plate at his residence in city this morning even as his son Dr. Yathindra and other party workers surround him to discuss poll strategies.

In another interesting development, Molakalmuru sitting BJP MLA S. Thippeswamy, who was denied the BJP ticket this time after the party chose to field party strongman B. Sriramulu, met the CM and held talks with him for a few minutes. Thippeswamy said to have discussed his possibility of joining the Congress and the strategies to be adopted to defeat BJP candidate B. Sriramulu.

The BJP leader had met senior Congress leader D.K. Shivakumar in Bengaluru yesterday and his meeting with the CM today has given rise to speculations in political circles on the Nayaka community leader’s imminent entry to the Congress, although the Congress has allotted the Molakalmuru (ST) ticket to Dr. Yogeesh Babu. 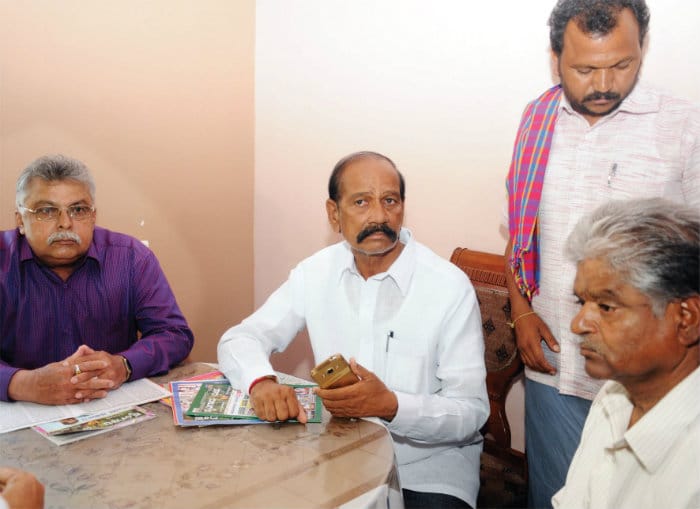 Molakalmuru sitting BJP MLA S. Thippeswamy (second from left), who was denied BJP ticket, waiting to meet the CM at his residence in Mysuru this morning.

Later speaking to reporters, Siddharamaiah, playing down discontent in the party following the announcement of candidates, said that he will talk to the dissenting party leaders over ticket allotment and calm them down. 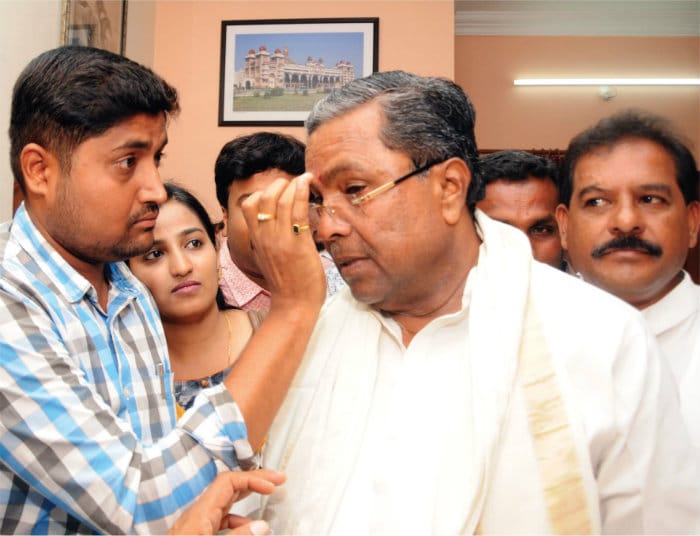 A party worker applying kumkum on CM’s forehead before he hit the campaign trail.