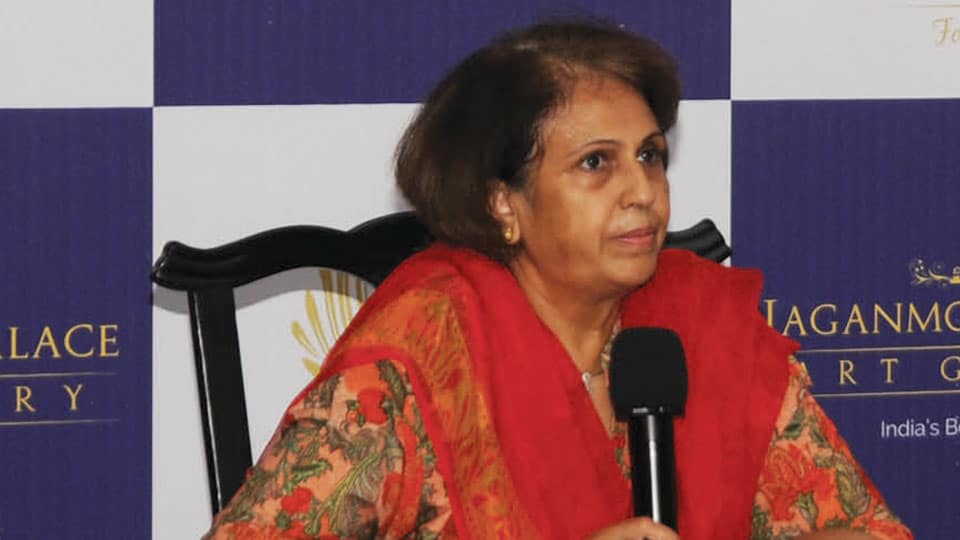 Belagavi: The Wadiyars of Mysuru have always kept away from publicly expressing their reservations over the celebration of Tipu Jayanti. However, even as Tipu Sultan is being criticised for his alleged atrocities against several communities, including Wadiyars in Karnataka, Pramoda Devi Wadiyar, wife of last Scion of Mysuru Wadiyar family late Srikantadatta Narasimharaja Wadiyar, has broken her silence over the issue.

“The atrocities by Tipu are recorded in history books. Our ancestor Maharani Lakshmammanni and her son were kept in confinement in Srirangapatna. And there are several other incidents that have caused us pain. No doubt, he hurt our family, but raking up such issues from the past causes us immense pain. I don’t believe in exposing ourselves to be hurt. Nobody has a right to hurt us. It is always better not to give in to situations that cause you hurt,” she said.

Addressing a press conference after inaugurating the Physiotherapy Centre at Prabhakar Kore Hospital and Research Center in Belagavi, she said that “personally we don’t support or oppose Tipu Sultan Jayanti, our stand is neutral, we don’t like to talk on this subject or on the State Government’s decision.”

Even as she refused to comment on Tipu Jayanti celebrations, she reiterated that people suffered many atrocities under Tipu’s reign. “It is a government decision. One must understand that it was not just our family that suffered at the hands of Tipu. There is a community called Mandyam Iyengars, who also suffered. The community does not celebrate Deepavali till date as mass killings were carried out on Deepavali by Tipu Sultan. Similarly, people in Madikeri have also suffered.”

The State Government is, perhaps, free to take decisions which are beneficial or hurtful to the people, she said sarcastically, adding that as a citizen she was entitled to her opinion.

When asked about permitting entry of women to Sabarimala, she said, “In my personal opinion everybody should welcome decision in favour of women. But it also depends on faith”.

Meanwhile, Chief Minister H.D. Kumaraswamy said there is no change in the State Government’s stand on celebrating Tipu Jayanti.

He expressed displeasure over attempts being made to politicise the event. The CM and Deputy CM Dr. G. Parameshwara had stayed away from the official event at Vidhana Soudha on Nov. 10. Justifying his absence from the event, he said it is not necessary for the CM to attend all the official events. Official programmes are conducted in the presence of a government representative, he said.