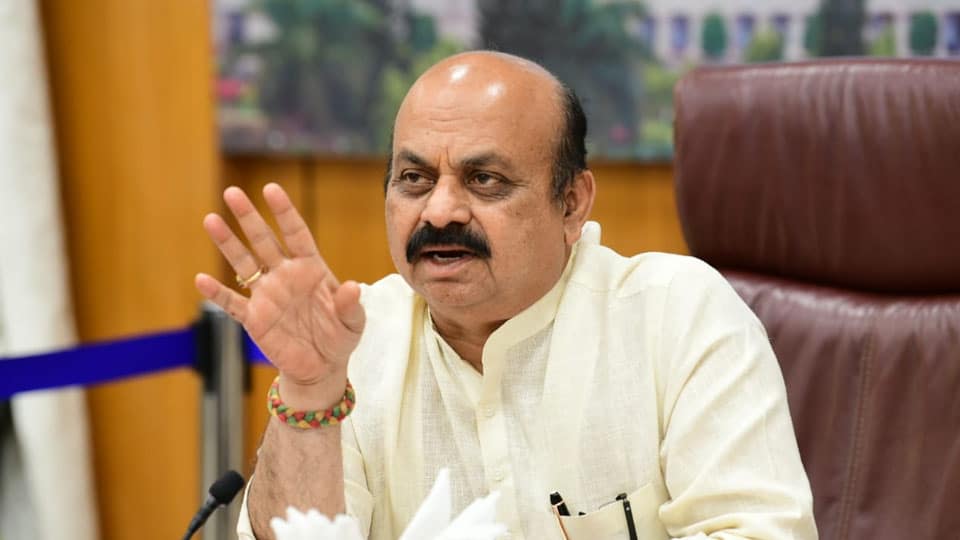 Bengaluru: Vehemently condemning the Tamil Nadu Assembly resolution against the Mekedatu project, Karnataka CM Basavaraj Bommai on Tuesday alleged that the neighbouring State has been using the Cauvery water dispute as a political tool to score brownie points. “The resolution passed by the Tamil Nadu Assembly is illegal and it is merely being used to score political points. It is nothing but a political stunt. Such resolutions have been passed in the past that do not have any value,” he told reporters here.

Despite the Cauvery tribunal giving its final award and setting up of a Cauvery Water Monitoring Board, TN has been opposing the Mekedatu project, which only aims to utilise water allocated to Karnataka, Bommai said. TN also has moved the Supreme Court challenging National Green Tribunal ruling in favour of Karnataka, he said. “Despite the Tamil Nadu Assembly’s decision, Karnataka will continue to take all steps to implement the Mekedatu project,” Bommai added. Tamil Nadu should not oppose Mekedatu project as it aims to utilise the excess Cauvery water flowing to the sea for solving drinking water problems of Bengaluru, he argued. Karnataka is awaiting the Union Environmental Ministry’s approval for the Detailed Project Report (DPR) to take up Mekedatu project, Bommai said, adding that it will go ahead with it based on the unanimous decision arrived at the all-party leaders meeting.

Reacting to Shiv Sena leader Sanjay Raut’s demand for a film on Belagavi Files depicting “atrocities” in the border district of Belagavi, Bommai said this is a political ploy to divert the problems afflicting the Maharashtra Government. The fact is that Solapur, Akkalkot and other Kannada-speaking areas are still with Maharashtra, which should be included in Karnataka as per Mahajan Commission Report, he said. “There is no meaning in raising border issues again and again,” he noted.

2 COMMENTS ON THIS POST To “TN uses Mekedatu row to score points: Bommai”