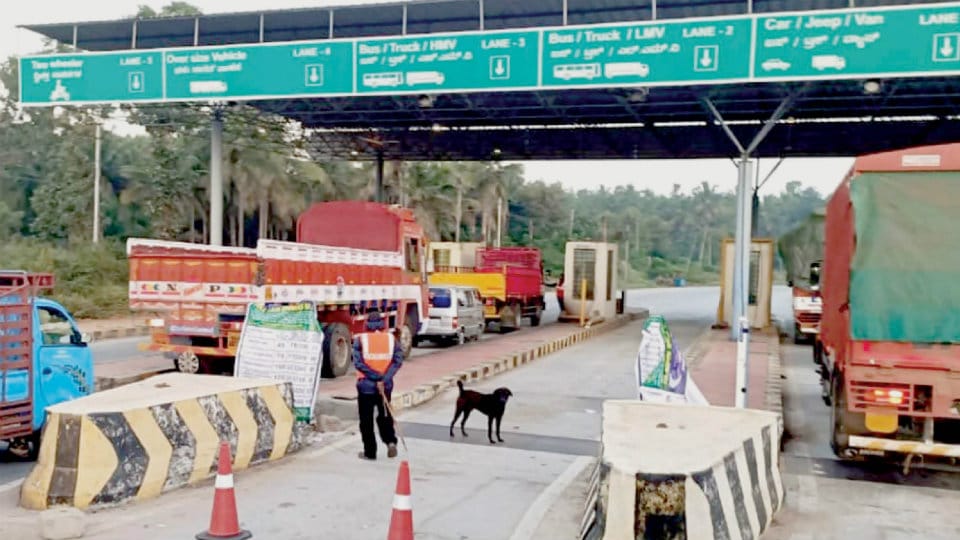 Chamarajanagar: The collection of toll near KN Hundi on Mysuru-Nanjangud Road and near Yedathore in T. Narasipur-Mysuru Road from Sunday has hit the passengers travelling from Chamarajanagar to Mysuru in KSRTC buses as the passenger fare has been hiked from Tuesday to Mysuru by Rs. 5 (via Nanjangud) and Rs. 4 (via T. Narasipur). The fare has gone up from Rs. 50 to Rs. 55 and from Rs. 50 to Rs. 54 respectively.

The rise is effected for non-stop buses also plying on those routes. The fare from Gundlupet to Mysuru has also been increased by Rs. 5.

A toll of Rs. 80 is collected per trip for KSRTC buses. Keeping that as an excuse, KSRTC has increased the fare by Rs. 4 and Rs. 5 which should rationally and logically be Re. 1 or Rs.2, say the aggrieved passengers.

KSRTC Divisional Controller K.H. Srinivas told Star of Mysore that the Government has permitted KSRTC to collect extra fare from passengers to pay the toll. He added that there is no change in fare in buses plying on roads without toll collection.

Passengers travelling from Gundlupet to Mysuru and back have to pay Rs. 5 extra in each direction doubling to Rs. 10 for the return journey which has burdened traders.

The regular commuters have demanded a reduction of fare to a reasonable level. However, Gundlupet KSRTC Depot Manager G.M. Jayakumar contends that Rs. 5 fare increase  to Mysuru is proportionate to the toll to be paid by KSRTC on Highways.