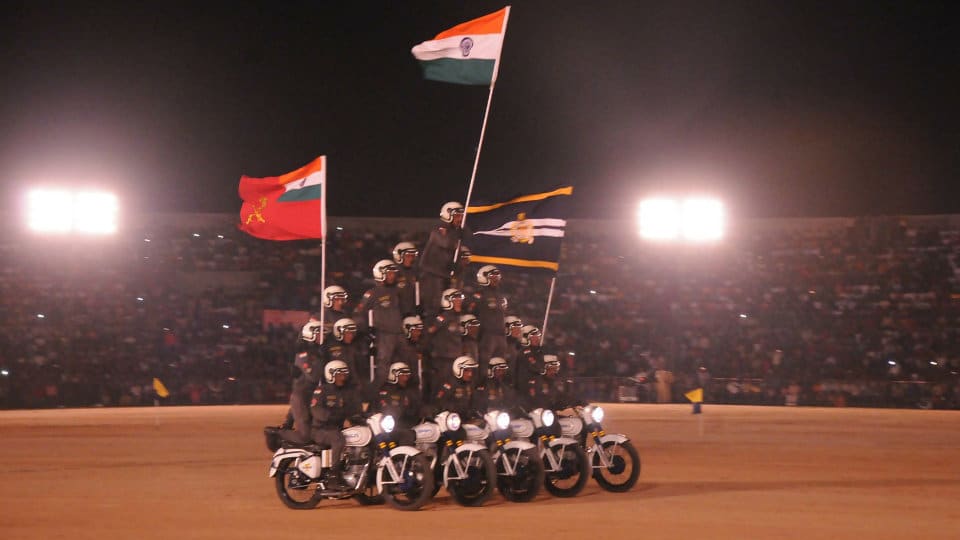 Mysuru: The torchlight Parade at the sprawling Bannimantap Grounds brought down curtains for the 10-day Dasara festival last night.

The dazzling torchlight parade with laser display and spectacular fireworks were a visual delight to thousands of spectators.

The event got off to a start after Karnataka Governor Vajubhai R. Vala took salute from the contingents, including Home Guards and Scouts & Guides in the grounds. Also, 21 cannon-firing was done in three rounds to mark the beginning of the event. 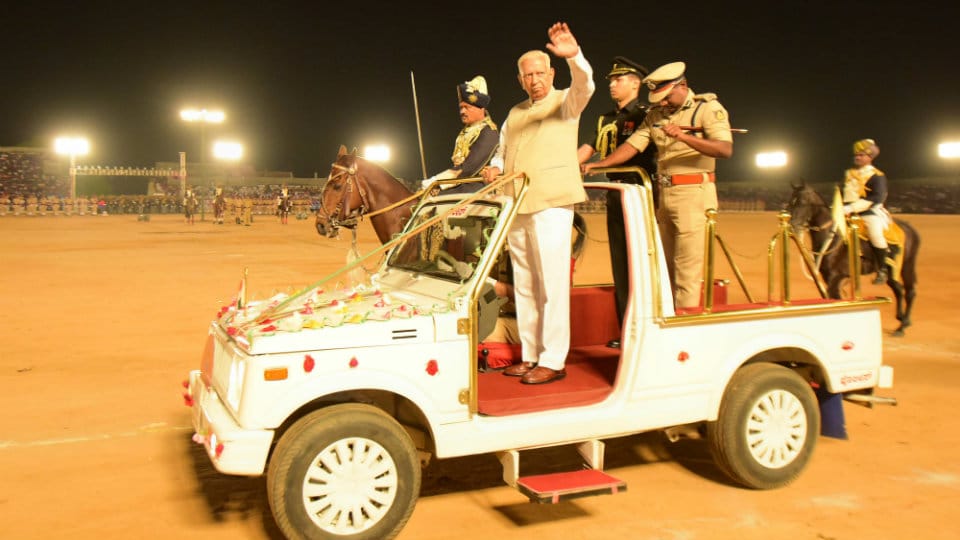 The over two-hour grand show began around 8 pm, after the Dasara procession of caparisoned elephants, horse-drawn carriages, over 60 cultural and folk troupes, comprising a total of about 2,000 artistes and 40 tableaux marched the 5 km procession route from the city Palace and reached Bannimantap Grounds at about 7 pm. 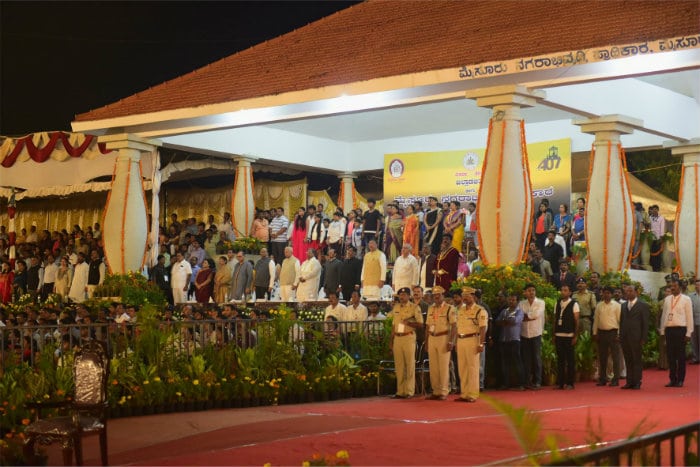 The parade featured a breath-taking performance by about 300 Police personnel on horses and motorcycles with their daredevilry acrobatics.

The equestrian show by a six-member ace horsemen enthralled the capacity crowd and drew loud applause from the packed stands. 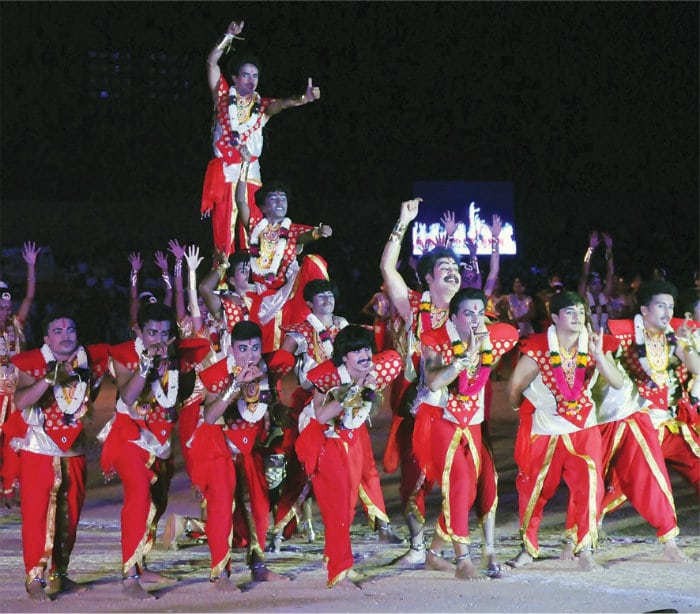 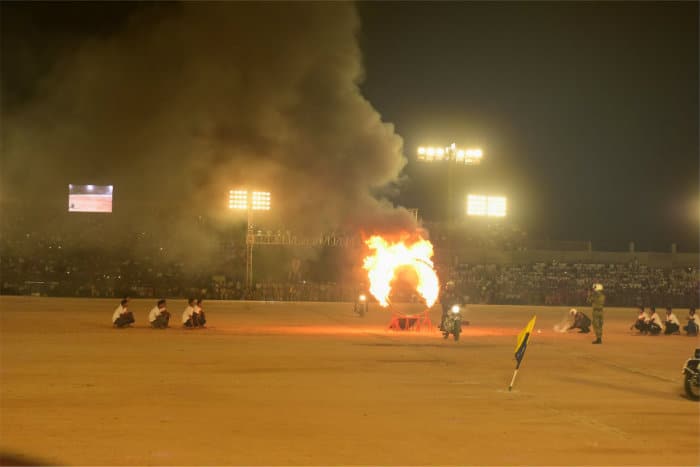 The pyramid formation by 30 men on seven motorcycles, climbing the ladder and many such other shunts were amazing. Cultural shows were also the highlight of the programme.