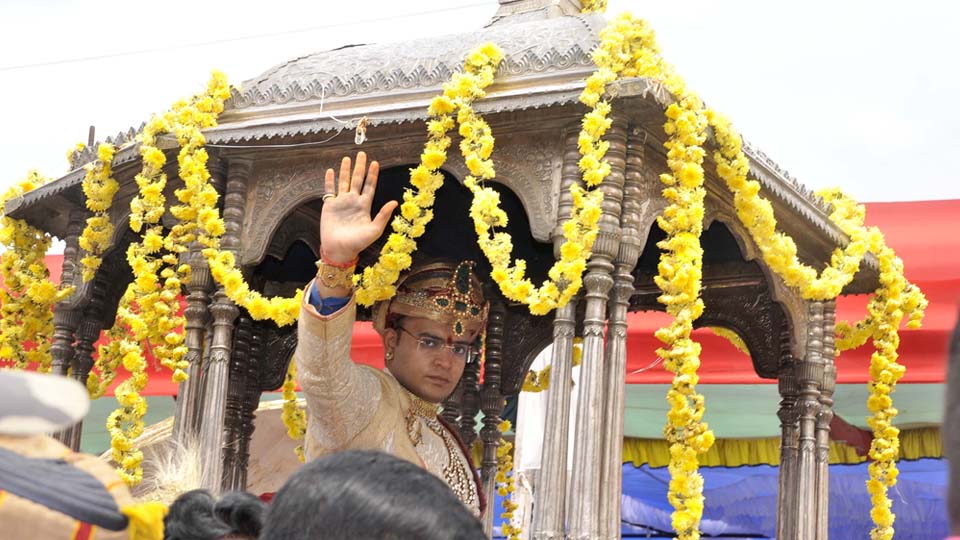 Seated in a silver chariot drawn by cattle, he went around the Palace and offered Banni Puja at Sri Bhuvaneshwari Temple. The people who had already gathered in huge numbers in the premises, cheered and greeted him. The Yatre was witnessed by his wife Trishikha Kumari Wadiyar, mother Pramoda Devi Wadiyar and others related to the Royal family. 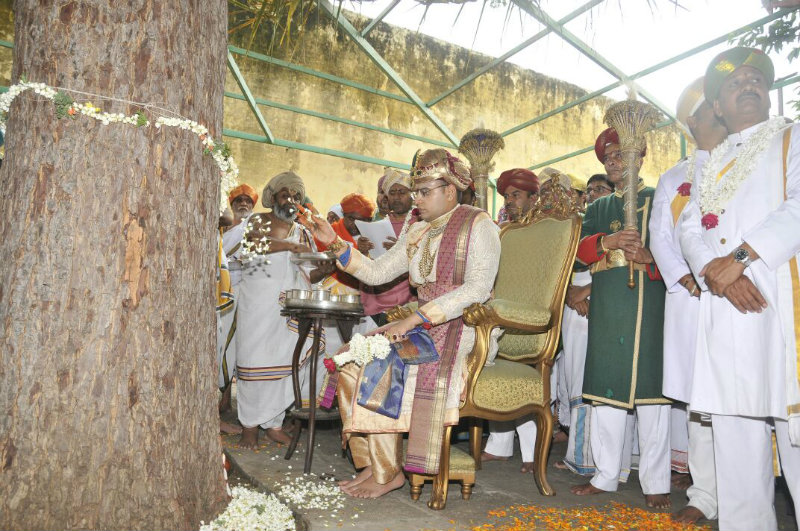 The last private Durbar (Khas Durbar) was held at the Palace Durbar Hall at 7 pm, following which ‘Simha Visarjane’ and ‘Kanaka Visarjane’ were performed.