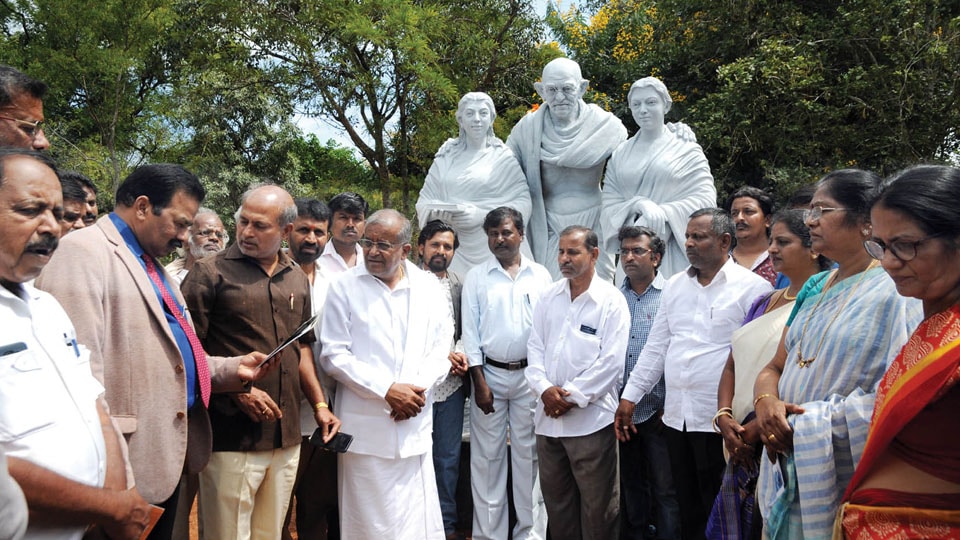 It is learnt, he was upset to see that none of the names or photographs of elected representatives were found in the special brochure titled ‘Gandhiji Kurithu Cement Shilpagala Lokarpane Samarambha.’

On the contrary, there were names and photographs of bureaucrats, Gandhians, University officials and sculptors.

This omission upset him and he walked out, saying that when they want money to be sanctioned, they seek the help of the Ministers but they do not have the minimum courtesy of mentioning their names.

Interestingly, the Minister’s name was also not there in the invitation while the names of G.T. Devegowda and L. Nagendra along with others were printed.

When Star of Mysore contacted the University officials for this lapse, one of them, on condition of anonymity, said that when S.R. Mahesh was invited for the function, he had expressed his inability to attend and hence his name was not printed.