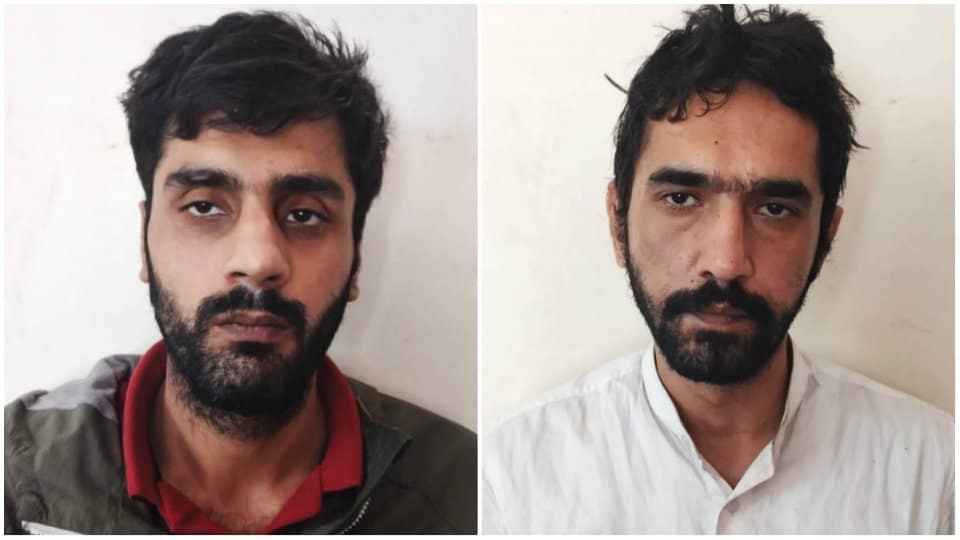 Mysuru/Mysore: Two persons, who had stolen Rs. 1.26 lakh from Mandovi Motors True Value showroom on Hunsur Road have been arrested in Bengaluru.

The theft was committed after diverting the attention of the showroom accountant on Jan. 31. The accused are Syed Rostami and Saber Hussain. They are said to be from Iran who had come to Karnataka on a tour.

The duo was arrested about four days ago and interrogation revealed that they had made away with Rs. 1.26 lakh from the showroom in Mysuru.

The accused also revealed that they had committed similar crimes in Mangaluru and Bengaluru.

Vijayanagar Police, led by Inspector Balakrishna, took the accused to their custody from the Bengaluru Police and brought them to Mysuru. They were produced before a Court yesterday and were remanded to judicial custody.

On Jan. 31, the accused, on the pretext of buying a tiny Ganesha idol for their car, went to the showroom. While one of them was looking at the idols, the other  asked the showroom accountant Karthik if he could give him Rs. 2,000 currencies that were printed in 2018 but he did not specify the reason why he wanted those notes.

Later when Karthik was counting the currencies, he found Rs. 1.26 lakh missing and suspected that the duo had pocketed them. A complaint was then lodged at Vijayanagar Police Station.