Home » News » Transfer tussle moves on to the virtual world 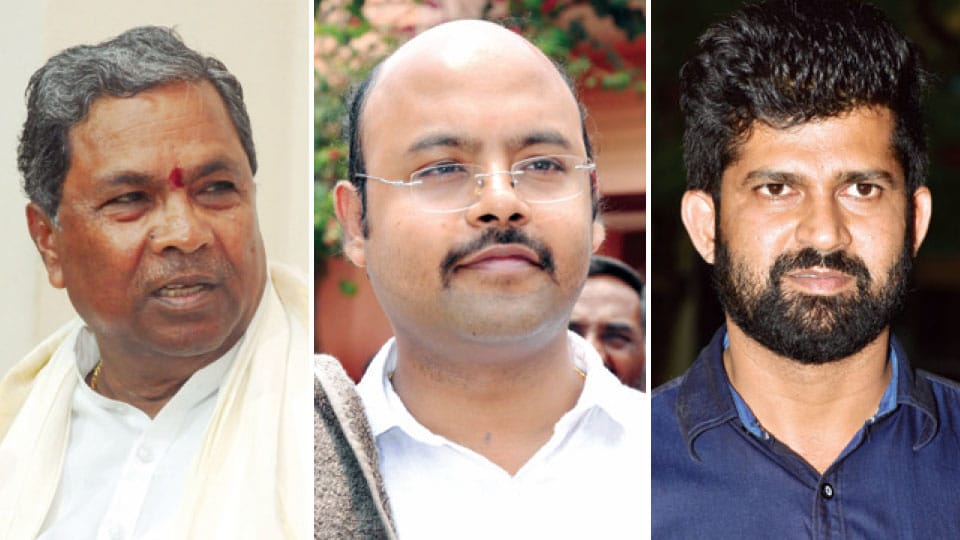 Transfer tussle moves on to the virtual world

Mysore/Mysuru: The outbursts of political party leaders following the unceremonious exits of IAS Officers Rohini Sindhuri and Shilpa Nag from Mysuru as Deputy Commissioner and Mysuru City Corporation Commissioner respectively have continued in the virtual world.

However, the tones, in which the statements are made, do have a tinge of sarcasm where even their past deeds/misdeeds are highlighted.

It all began when former Chief Minister and Congress Legislature Party leader Siddharamaiah tweeted on June 8 where he stated that elected representatives from the BJP and JD(S) MLA S.R. Mahesh brought a discord between Rohini Sindhuri and Shilpa Nag that ultimately led to their transfers.

Hitting back at the former CM the same evening, Pratap Simha, uploading old newspaper clippings tweeted thus: “Siddharamaiah-Garu, please read the following reports. By the way when you were the Chief Minister, your follower K. Marigowda had abused Mysuru DC Shikha in full public view. Instead of advising your follower, you transferred the DC. Did you forget that?” he asked, tagging Siddharamaiah.

Immediately, Siddharamaiah’s son Dr. Yathindra Siddharamaiah tweeted defending his father: “Shikha had completed three years in Mysuru as DC unlike now where Rohini Sindhuri was transferred in just eight months. From your public outbursts against the DC that led to the mutual skirmish between the two Officers on public platform it is amply clear that you have no control over the administrative machinery.”

Dr. Yathindra did not stop at this. He followed up his first tweet with the second one: “Though your own Government is in power, you complained against Officers in a public platform. You failed to control the District Administration and lost grip. Does anyone require a mirror to prove that the Government has lost track and dishonest? Tighten the grip on governance before commenting on Opposition leaders.”

The war of words saw a sort of an end for now as neither did Pratap Simha reply to Dr. Yathindra nor Dr. Yathindra followed up his earlier tweet against the MP.

Siddharamaiah, however, continued his diatribe against the MP where he said, “Pratap Simha might have addressed me as ‘Garu’ (Telugu) to show that he is proficient in Telugu. I will accept his constructive criticism. But Pratap Simha has no political maturity. Why did he support Rohini Sindhuri first? And why did he suddenly change his stand? Those who change stands for selfish motives are immature politicians.”