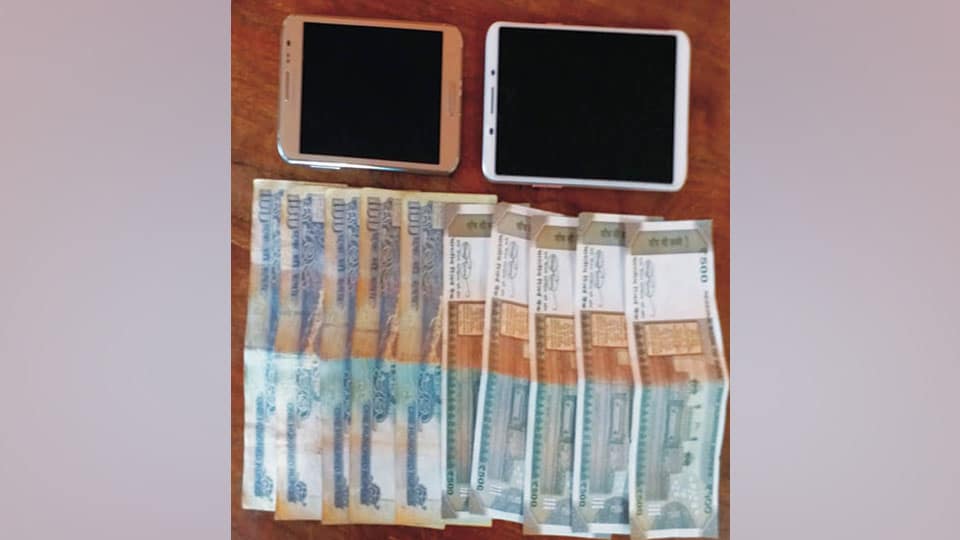 Two arrested for threatening, decamping with mobile phones and cash

Mysuru:  NR Police, on Nov.30, have arrested a total of four youths on charges of threatening and decamping with two mobile phones and cash and also for receiving the stolen phones.

The two youths, who were arrested for threatening and decamping with two mobile phones and cash from boys when they were walking on B.T. Mill Road in Bannimantap on Nov.15, are 22-year-old Mohammed Azar Ul Haq and 19-year-old Mohammed Siddique, both residents of Mandi Mohalla.

The two accused were caught during an operation conducted on C.V. Road in Bannimantap on Nov.30. Following their arrest, the Police have recovered one Oppo A83 and one Samsung J2 mobile phone worth about Rs.20,000 and have also recovered Rs.3,000 cash from them.

Based on the information provided by the accused, the Police have also arrested 19-year-old Salman Khan of Mandi Mohalla and 19-year-old Mohammed Sannaulla of Lashkar Mohalla, for receiving the mobile phones despite knowing that the phones  were stolen.