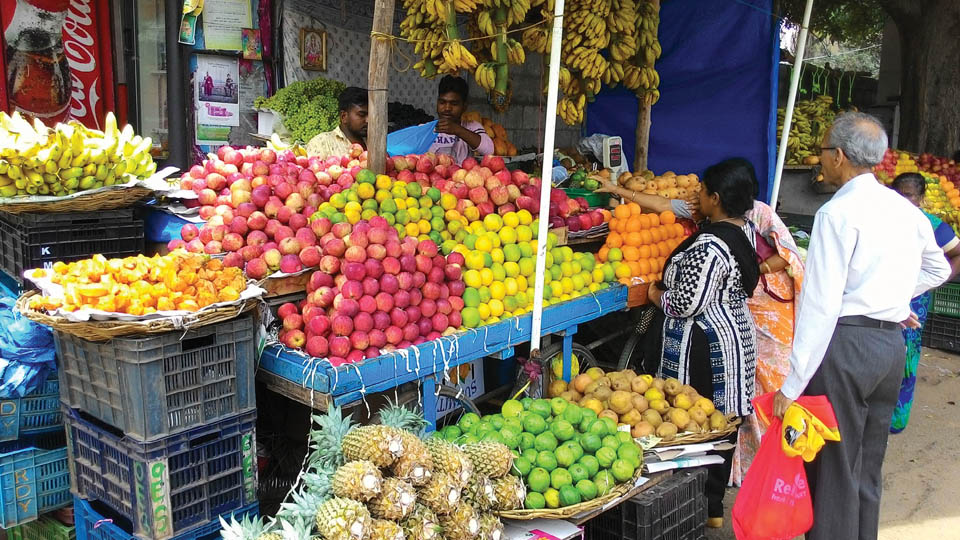 Street vendors in a growing modern Indian city is an interesting and challenging phenomenon as it throws up many significant questions for which we do not have informed explanations. There is hardly any systematic and reliable data on them.

For the people whom they serve they are customary strangers. For urban planners and civic authorities, street vendors either do not exist or at best a source of nuisance and irritation and are generally unkind to them. Their approach towards them is spasmodic — evict or reallocate them in some remote corner and heave a sigh of relief till again shaken and then to repeat the cycle. Obviously this is no solution. However, it appears that the Mysuru City Corporation (MCC) has taken some steps forward to regularise street vending in Mysuru city (Star of Mysore dated November 4, 2018) but there are many questions before any comments can be passed on it. 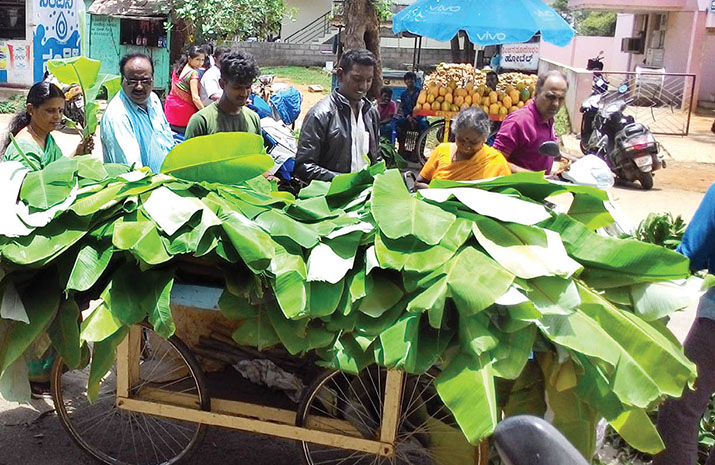 Margins to which these people are generally pushed are culturally defined but somewhere economic forces begin to intervene and authorities and society are compelled to redefine margins. This, I prefer to call a process of peripheralization which goes on and on. But whatever be the view of the dominant class, street vendors cannot be wished away. They exist on all parts of the world but are more visible in Asian countries particularly in India for a simple reason that they have been an integral part of the traditional Indian social structure.

Each segment smoothly flows into the other keeping the ethos of the civilisation, its diversity and celebrating its seasonal and lifecycle cosmic events. The demands of goods and services are so diverse and complex that no regular establishment can fulfil though they themselves have begun to hustle into streets. 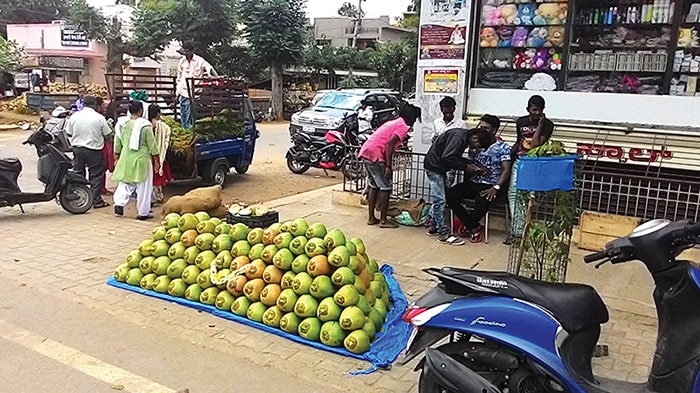 Street vendors are an offshoot of peripatetics. Some of their features are that they have been resilient, pervasive and persistent throughout the history but remained strangers to the sedentary populations. They look out for gaps in the supply of goods and services. With their flexibility, resourcefulness, sharp, observational faculties, and abilities to quickly develop the appropriate skills, they fill in those gaps. 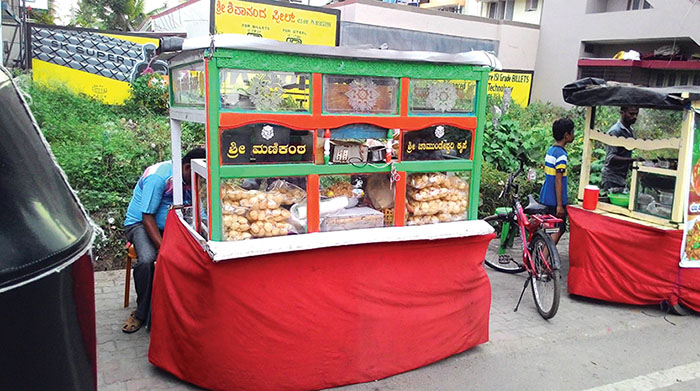 They provide a variety of goods and services which the sedentary providers consider inaccessible or cannot or will not support on permanent basis. With their low overhead costs, multi-resource strategies, flexible work units, family-based enterprises and potential for mobility or change of location, street vendors are better equipped to ferret out and serve the needs of their customers. Given the pervasiveness and historical perdurability, they may be considered as persistent cultural system within the plural societies. In modern India, a class of people has emerged in a significant way occupying the urban spaces, dealing in variety of goods and services referred to here as street vendors.  Technically the spaces they occupy are unauthorised and the trades they indulge in are considered inappropriate. But they are resilient, resourceful, and have tremendous entrepreneurial skills (On Nov. 7, Star of Mysore had carried an article on the sale of stuffed goats and clay lamps).  They have keen eyes in locating the gaps in supply system of goods and services and also in locating the strategic places to operate their trade. They develop a variety of contraptions so that they remain flexible and are not accused of permanently occupying the spaces, though every day they may return to the same spaces. 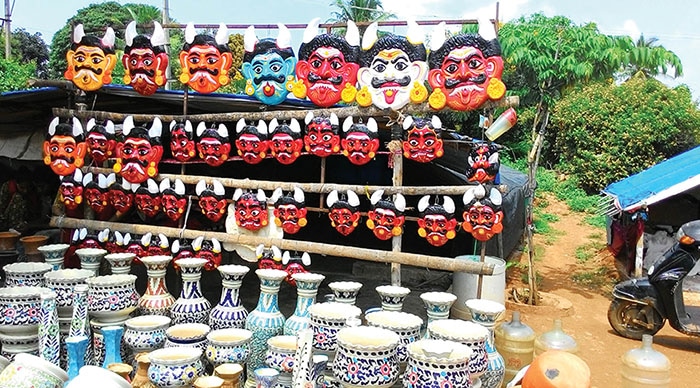 Many of them have a variety of push carts; some have wheels for name sake and now increasingly one sees the use of three wheelers or other forms of automobiles specially designed for their trade including trucks for transporting their goods. They are extremely hard working and put in long hours of work in their trade. They take tremendous risk and of course they have a sense of adventure too and yet keep themselves inconspicuous and aloof from identity power game. They operate in a small scale. 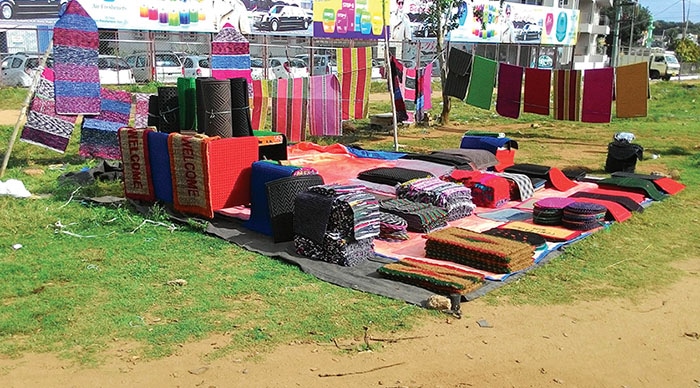 They have one constraint and that is, they have to wind up their operation at the ‘close’ of the day. In spite of all odds, they are patronised and keep themselves afloat and reach out to their clients by adopting a variety of strategies including staggering their timings for peddling their goods and services depending on the needs of their clients so much so that some begin to operate as the dusk sets in and continue to work late while others are there as the day breaks.

Howsoever neglected they may have been, they support a variety of secondary occupations too such as craftsman who devise and repair their contraptions, those who provide storage facilities, people who look after their goods and spaces in the night and those mobile suppliers of tea, coffee and snacks while they are at work. Here, I am not discussing those who line up their pockets by extracting their ‘mamul’ from them and also self-appoint themselves to resolve their disputes. 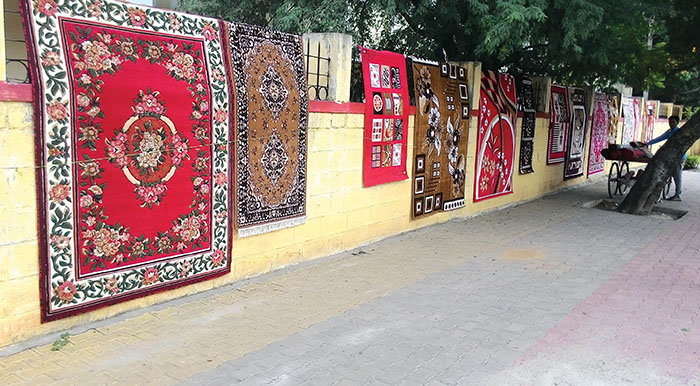 How Street vendors are relevant to today’s discussion on Gandhian thinking and Applied Anthropology? Mahatma Gandhi was not only an idealist but his feet were firmly planted on the soil. He was a humanist to the core and wanted that basic issues of the mankind were addressed. Gandhi’s talisman was:

“I will give you a talisman. Whenever you are in doubt, or when the self becomes too much with you, apply the following test. Recall the face of the poorest and the weakest man (woman) whom you may have seen, and ask yourself, if the step you contemplate is going to be of any use to him (her). Will he (she) gain anything by it? Will it restore him (her) to a control over his (her) own life and destiny? In other words, will it lead to Swaraj (freedom) for the hungry and spiritually starving millions? Then you will find your doubts and yourself melt away” (Last phase, Vol.II, 1958, p.65).

This is one of the last notes left behind by Gandhi in 1948 and most profound particularly in the modern context. His focus was on self-reliance which according to him was Swaraj, freeing individuals from shackles. Objectives of the Author

My objectives in this article are: 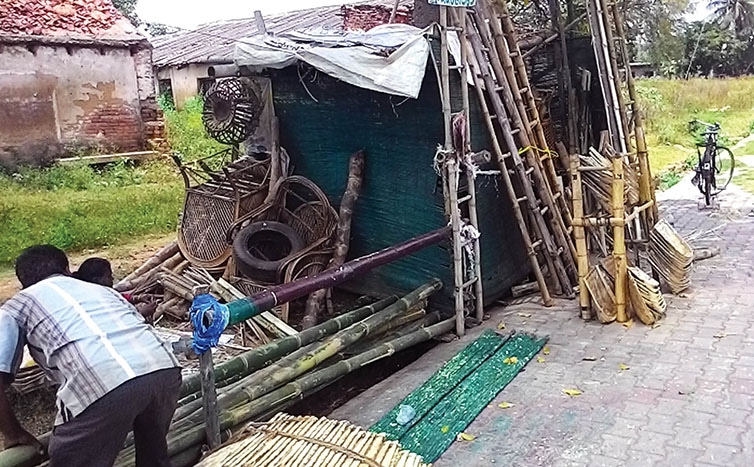 Prof. P.K. Misra is a retired professor of Anthropology and has served the country under various capacities. His last stint was at North-Eastern Hill University (NEHU) in Shillong. An authoritative voice in Anthropology, he is presently the President of Anthropological Association of Mysuru. 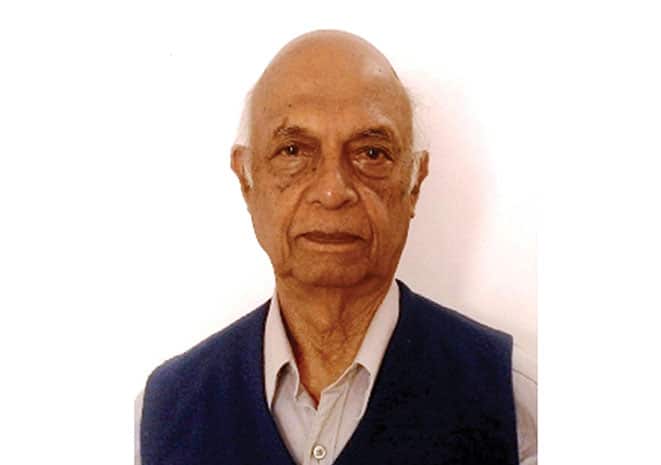 NOTE: This article is a revised version of the lecture presented at the seminar on ‘Gandhian Thought and Applied Anthropology’ organised by the Anthropological Survey of India, Southern Region Mysore, to mark the 150th birth anniversary celebrations of Mahatma Gandhi. —Ed

Prof. P.K. Misra Street vendors WEEKEND STAR SUPPLEMENT
Not 1, not 2, not 3… but 4 Disneylands in Mysuru Region !
Kannada Superstar M.H. Ambareesh passes away at 66