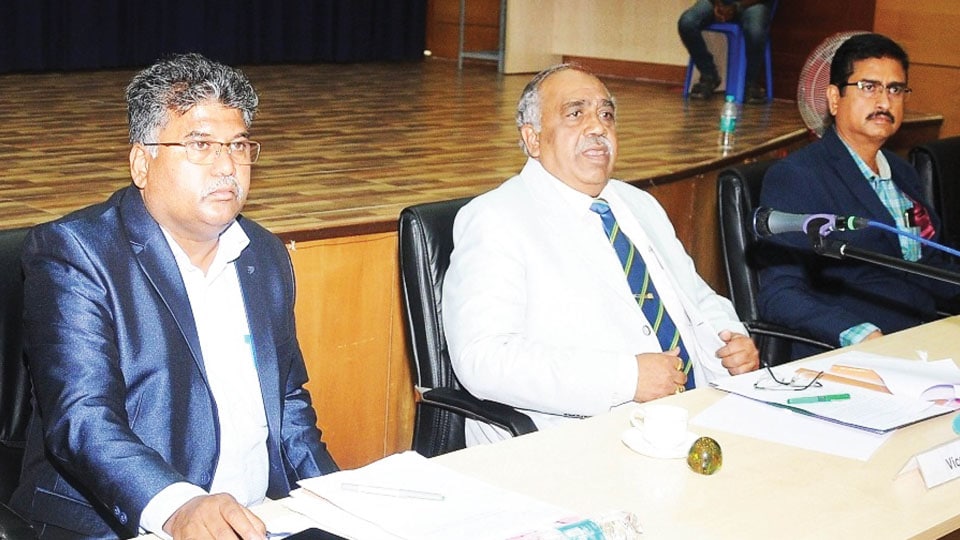 Mysore/Mysuru: In yet another landmark decision aimed at empowering the transgender community, the University of Mysore (UoM) has decided to reserve one seat each in both undergraduate and post-graduate courses for transgenders.

The decision was taken at the University Academic Council meeting held at Vijnana Bhavan on Thursday. Breaking the barrier of discrimination, the University decided to introduce transgender quota to enable equal opportunities.

The Syndicate has already approved the proposal and many transpersons have already taken admissions. “We will reserve one seat in each department and mention the same in the prospectus so that more and more transgenders become empowered,” Vice-Chancellor Prof. G. Hemantha Kumar told the meeting.

In 2014, the Supreme Court passed a widely hailed judgement that recognised the rights of transgender people and said they should enjoy all fundamental rights enshrined in the Indian Constitution. The SC had directed the Centre and State Governments to take steps to treat transgenders as socially and educationally backward classes and extend reservation in admission to educational institutions and in public appointments.

The Academic Council also decided to send a proposal to the Government to enable guest lecturers to be Ph.D guides.

“Even temporary lecturers can be Ph.D guides if they have eligibility and as of now they are being prevented from exercising the role of a guide as there is no sanction from the Government. As such, there is a severe shortage of guides and this has curtailed learning,” Prof. Hemantha Kumar said.

Permission will be sought from the Government to include contract lecturers and also guest lecturers as Ph.D guides, he added.

The Academic Council approved special courses at Cresta PU College in Alanahalli that intends to start BCA in Internet of Things and BCA Cloud Computing and Digital Sciences.

transgender University Of Mysore
‘Learning will not stop after getting degree’
C.M. Poonacha elevated to be HC Judge