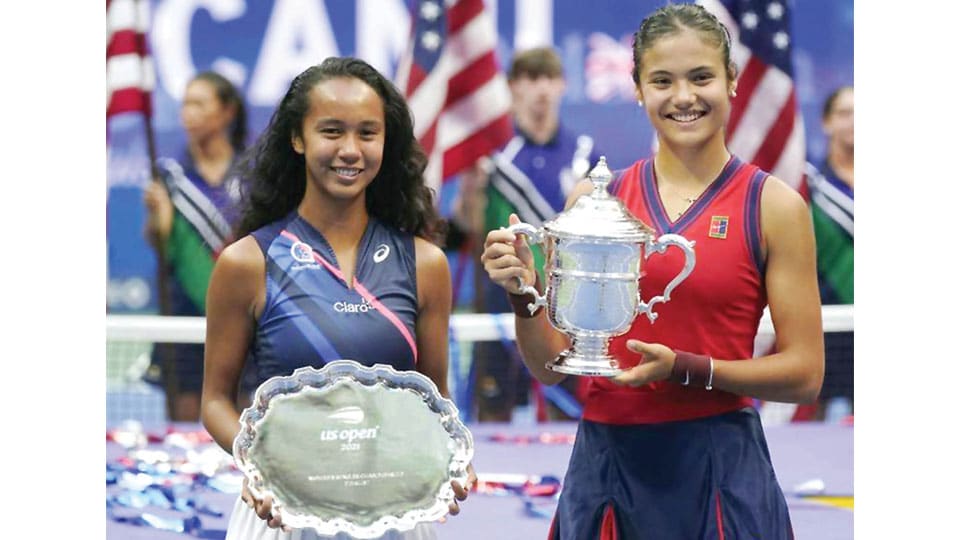 Raducanu, ranked 150th, was the first British woman in 44 years to win a Slam crown after dispatching 73rd-ranked left-hander Fernandez 6-4, 6-3. Not since Virginia Wade in 1977 at Wimbledon had a British woman taken a Slam singles title, with Raducanu the first Briton to claim the US Open crown since Wade in 1968.

Wade and British men’s tennis legend Tim Henman were among a sellout crowd of 23,700 that created an electric atmosphere at Arthur Ashe Stadium in the first-ever women’s Slam final between unseeded players.

Great Britain’s Joe Salisbury completed a US Open double on Saturday as he lifted the Mixed Doubles trophy with American Desirae Krawczyk, just a day after winning the Men’s Doubles title with Rajeev Ram.

READ ALSO  Who will wear the Crown ?

The second seeds produced a dominant performance, winning 82 per cent (28/34) of their first-serve points as they overcame Marcelo Arevalo and Giuliana Olmos 7-5, 6-2 to capture their second major title as a team.