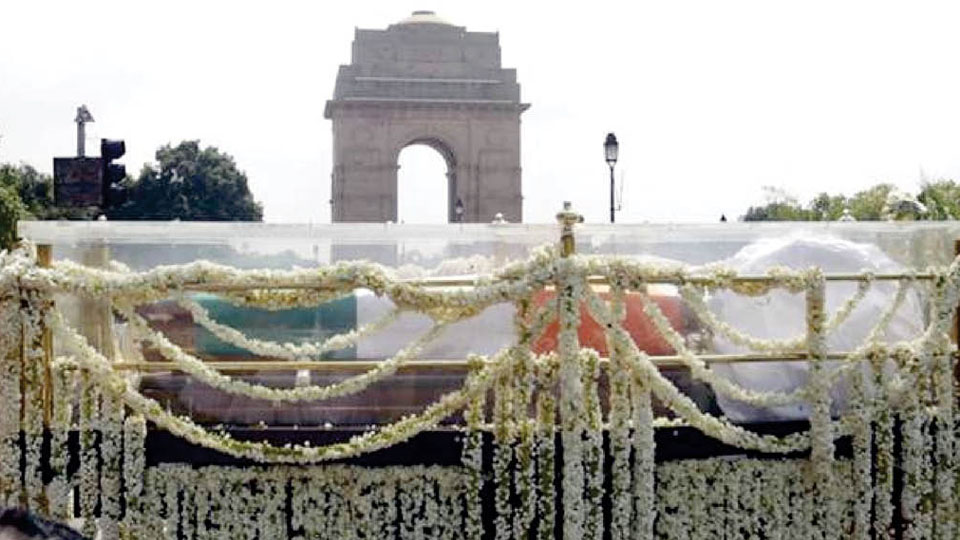 New Delhi:  Former Prime Minister Atal Bihari Vajpayee, a towering politician mourned by millions across the nation, was taken on a last journey through the streets of Delhi this morning on a flower-decked gun-carriage to the office of the ruling BJP, the party he helped form in 1980. He will be cremated at 4 pm with full State honours.

The 93-year-old BJP patriarch died last evening at the All Indian Institute of Medical Sciences or AIIMS, where he had been admitted in June after his health worsened. It was widely reported that the former PM had a stroke in 2009 that severely affected his ability to speak and confined him to his home.

Vajpayee was the first non-Congress leader since India’s Independence in 1947 to complete an entire term in office as head of a BJP-led ruling alliance between March 1998 and May 2004.

A crowd chanted “Atal Bihari Amar Rahe (long live Atal Bihari)” and followed the procession that was led by a Tri-Services march. Vajpayee could never visit the new, sprawling BJP headquarters symbolic of the rise of the party he nurtured for decades. 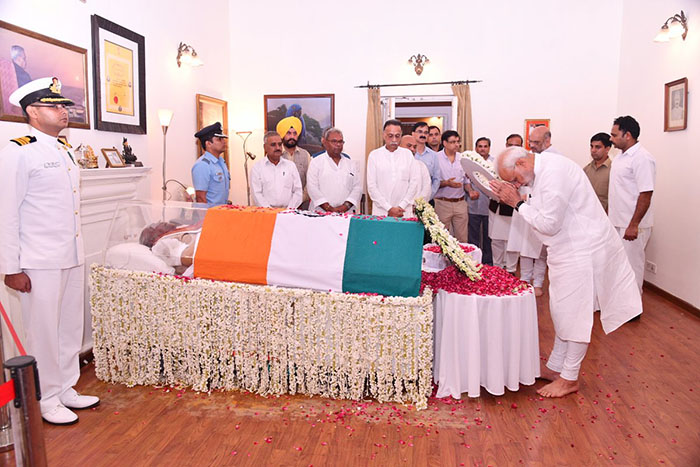 Prime Minister Narendra Modi, several Ministers and top BJP leaders were present as Vajpayee’s body, in a glass casket draped in the National Flag, was carried into the building by soldiers. The casket was kept overnight at the bungalow on Krishna Menon Marg where the three-time Prime Minister spent the last few years away from public life.

President Ram Nath Kovind, former President Pranab Mukherjee, former PM Dr. Manmohan Singh and former Deputy PM L.K. Advani — Vajpayee’s oldest friend and BJP colleague — were among those who paid their respects to the iconic leader. This morning, a long queue of citizens was seen outside the house. Vajpayee’s body will later be taken for the funeral to the Rashtriya Smriti Samadhi “Smrithi Sthal” near the memorials of former Prime Ministers.

PM Modi described Vajpayee’s death as the “end of an era” and said he felt like he had lost a father. “For me, personally, it is like losing a father… Whenever he met me, he used to embrace me like a father,” he said. “He was a leader, orator, journalist, statesman and more than anything a true son of India… Atalji may have gone, but his ideas, views, simplicity will always inspire us Indians,” Modi added.