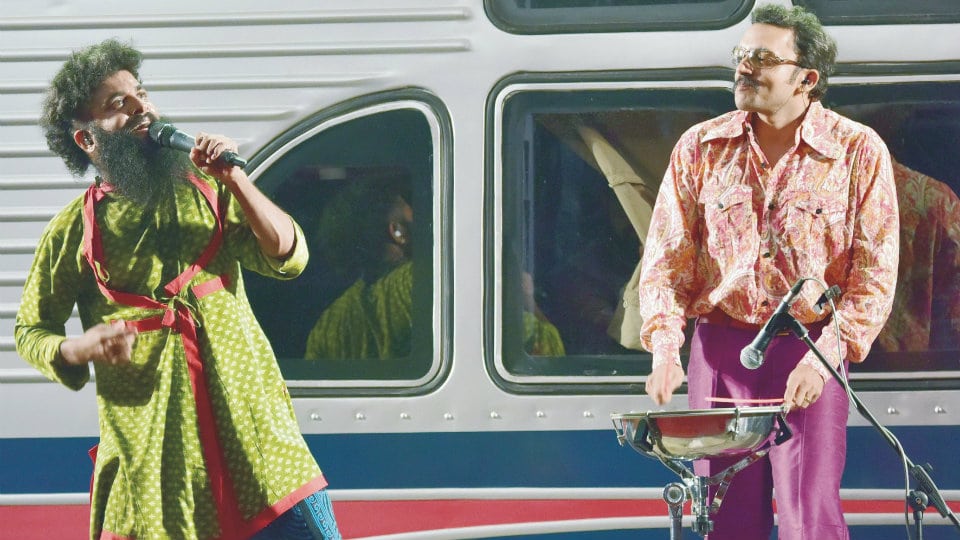 Mysuru: It was a day for people present at the Maharaja’s College Grounds to remember. The venue of the Yuva Dasara, despite rains, was jam-packed with youths who had gathered to listen to Namma Mysuru talent Vasu Dixit and his ‘Swarathma’ as part of the Red Bull Music Tour, yesterday.

Vasu rendered most of his compositions including ‘Ee Bhoomi Swarga Aaguthide Nodu.’ Vasu also shared his Mysuru experience with the audience. 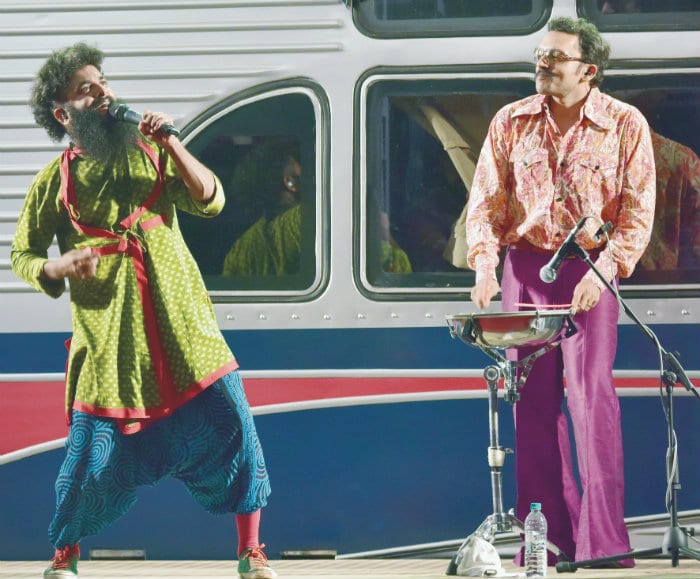 The singer is now actively taking Kannada songs — folk and his own — to a larger audience through ‘folk rock’ genre. The list of songs he renders include Basavanna’s vachanas, poems of Purandara Dasa and works of poets such as Mamta Sagar.

Later, it was the turn of Siddharth Mahadevan, the latest musical sensation, to take the audience on a musical journey. He rendered a few of his hit numbers including one from ‘Bhag Milka Bhag’.

Bollywood Music Composer and Singer Siddharth Mahadevan (third from right) performing with his band at the Maharaja’s College Grounds in city yesterday.

He is the son of Bollywood Playback singer and composer Shankar Mahadevan. Siddharth got acclaim for the song Malang by music director Pritam in the movie Dhoom 3. He has also composed music for the Marathi film Swapna Tujhe ni Majhe with his cousin Soumil.