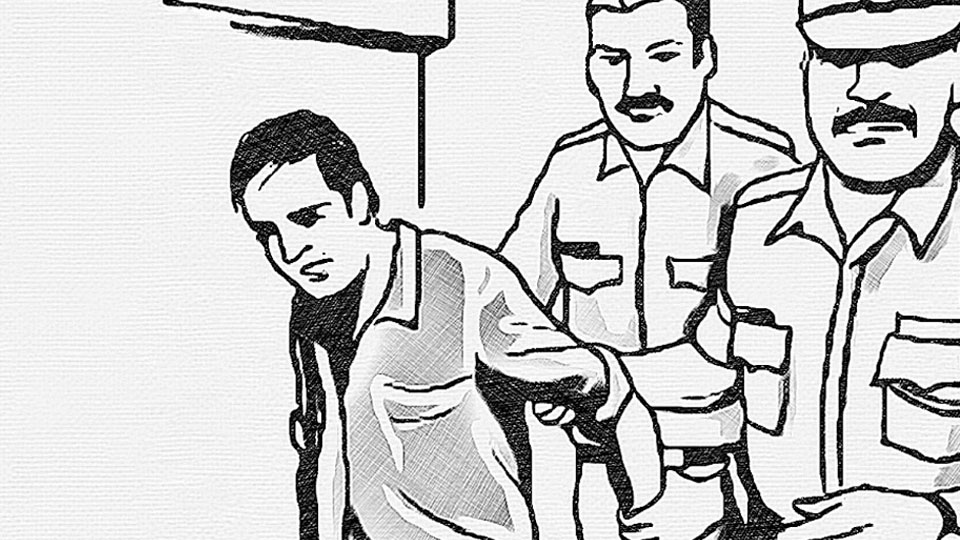 Mysuru: In a major catch, the Metagalli Police, who arrested a notorious vehicle-lifter, have recovered 16 highend two-wheelers totally worth about Rs.12.65 lakh from him.

The arrested has been identified as Keertikumar, 24, of Uttenahalli in Periyapatna taluk.

Acting on a tip-off, the Police picked up Keertikumar a couple of days ago when he was attempting to sell an expensive motorcycle for a throwaway price.

During interrogation, he confessed to have stolen  two-wheelers from many places, following which the Police recoverd 3 Royal Enfield Motorcycles, 3 Pulsar motorcycles, 8 Honda Dio scooters, a Yamaha FZ motorcycle and a KTM Duke Motorcycle from him. The total value of the 16 two-wheelers is estimated at Rs.12.65 lakh.

Keertikumar had the uncanny knack of breaking vehicle locks with leg kicks. He is a habitual offender who was out on bail after the Bengaluru CCB Police, Bengaluru Rural Police and Bidadi Police had arrested him in vehicle theft cases recently, it is learnt.