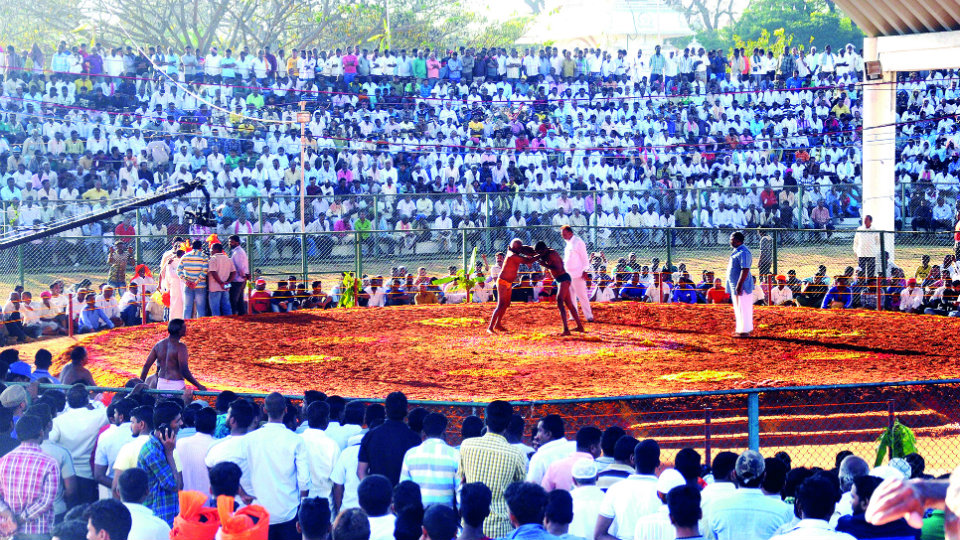 Veterans relive their prowess in wrestling

Most of the wrestling bouts at the wrestling competition for retired and senior wrestlers, which was touted as the first-of-its-kind wrestling in the country, ended on an even note, with veterans of the sport reviving memories of their heydays at D. Devaraj Urs Multi-purpose Stadium at the Dasara Exhibition Ground premises here yesterday.

The event was organised by various garadi manes (traditional wrestling houses) marking the felicitation of MUDA Chairman D. Dhruvakumar, who is also a patron of wrestling sport.

The winners were awarded a cash prize and certificate.