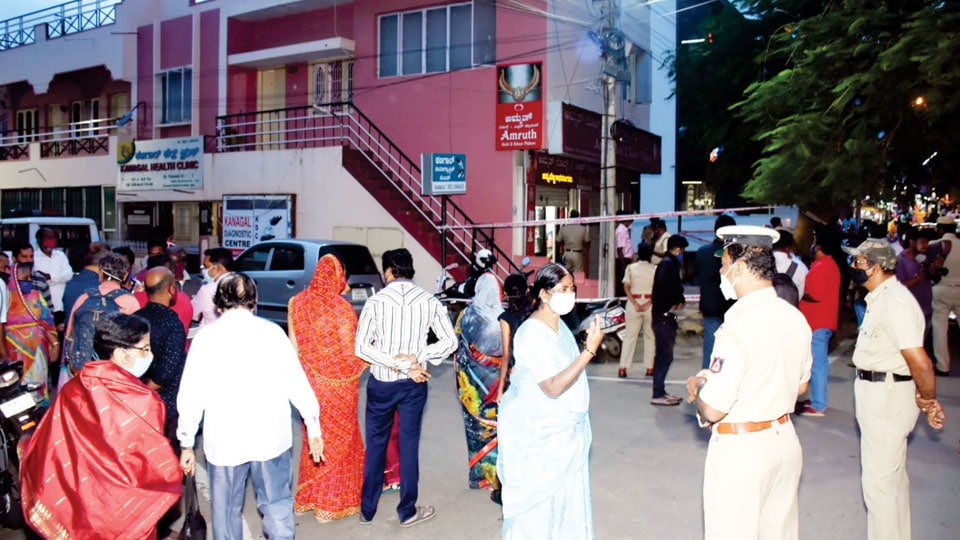 Mysore/Mysuru: The Mysuru Police have achieved yet another breakthrough in the case of sensational dacoity and shootout at Amruth Gold and Silver Palace at Vidyaranyapuram by recovering the pistol that was used to kill an innocent bystander.

The 9-member gang (helped externally by one mastermind from Mysuru) had robbed the gold shop on the evening of Aug. 23 and had shot dead 24-year-old bystander Chandru of Dadadahalli while escaping.

Already, eight accused including the mastermind have been arrested and a team of Mysuru Police is camping in Mumbai to arrest the ninth accused.

According to the information gleaned from one of the arrested accused Jehangir, the Police learnt that it was he who pulled the trigger on Chandru while escaping from the shop after the loot. The Police later learnt that Jehangir had procured the pistol from one Nakul Das from West Bengal and Jehangir told the Police that Das was in Mumbai.

A Police team is already in Mumbai in search of the ninth accused Budda and the team learnt from Mumbai Police that Das had been arrested in another case in Mumbai and has been sent to jail. Das is a native of West Bengal and had migrated to Mumbai for criminal activities.

The Mysuru Police took accused Jehangir to Mumbai where he had thrown the pistol in a drain next to a culvert after the Vidyaranyapuram killing. The Police were able to retrieve the weapon. The accused has identified the murder weapon.

ONE COMMENT ON THIS POST To “Vidyaranyapuram Jewellery Shop Dacoity Case: Pistol recovered from a drain in Mumbai”