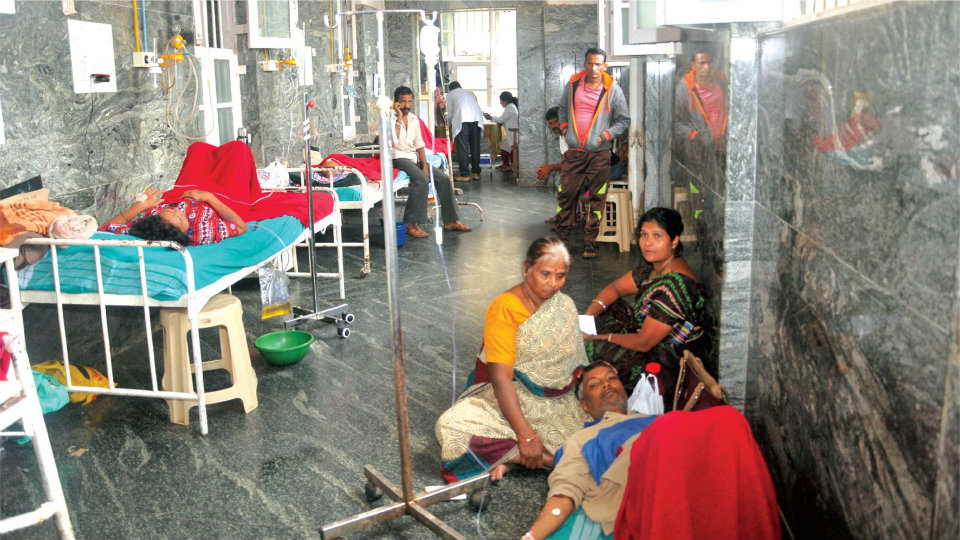 Mysuru: Even as the district authorities in Mysuru and Mandya have been claiming that there was no dengue deaths and the disease situation was under control, deaths due to viral fever has become a regular affair.

A cause of concern is many patients from villages surrounding districts are getting admitted to various government and private hospitals in Mysuru at a time when doctors are grappling with bed shortage.

Yesterday, a 19-year-old girl died at a private hospital in city and she was being treated for viral fever. The girl has been identified as Sushmitha, a resident of Gowdagere village in Malavalli Taluk. She was the daughter of Ramakrishna and Shivamma couple. She was diagnosed with fever and was admitted to a hospital in Mandya 10 days back.

As her condition did not improve, Sushmitha was shifted to a private hospital in Mysuru where she died yesterday. Her death has triggered panic in Gowdagere where at least one person in a family is said to be suffering with viral fever. 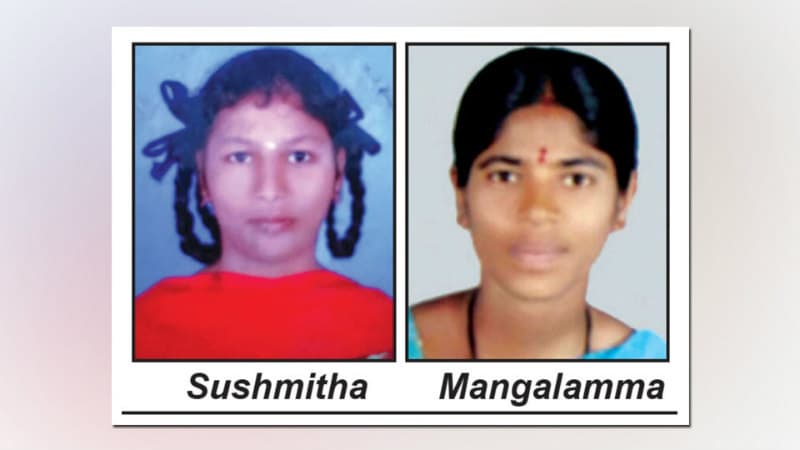 Authorities said that there is rampant mosquito menace in the village as over 100 families have migrated to cities in search of employment and for children’s education. The water storage tanks and vessels at their houses have turned into ideal breeding ground for mosquitoes. Villagers said that recently, one more woman, 62-year-old Shivamma, died due to viral fever.

Realising the situation, Mandya District Health Officer Dr. Mohan visited the village and asked the villagers not to panic and take remedial measures to prevent the disease.

Not only in cities, even rural areas are affected by viral fever and the poorly-equipped hospitals in villages are finding it very difficult to manage the number of patients. Along with Gowdagere village in Mandya, Bharathinagar too has reported deaths due to viral fever. The latest victim to die due to fever is 35-year-old Mangalamma, a resident of Bidirahosahalli.

Mangalamma died yesterday due to viral fever at Mandya Institute of Medical Sciences (MIMS) where she was admitted after being treated at K.M. Doddi Primary Health Centre.

Recently, 22-year-old Rekha had died of viral fever and the villagers have alleged that no action has been taken by the health authorities to prevent the spread of viral diseases.

As hundreds of patients from neighbouring districts are crowding hospitals in Mysuru, there is a severe shortage of beds. It is a common sight where patients are being turned away by hospitals after treating them as outpatients. Only those patients who are critical and need immediate medical intervention are being admitted both in government and private hospitals.

So worse the situation is that patients who come to hospitals for other diseases are pleading with doctors to give them beds.

Authorities at K.R. Hospital said that due to severe shortage of beds, they have taken permission from the State Government to put beds on floor to treat patients.