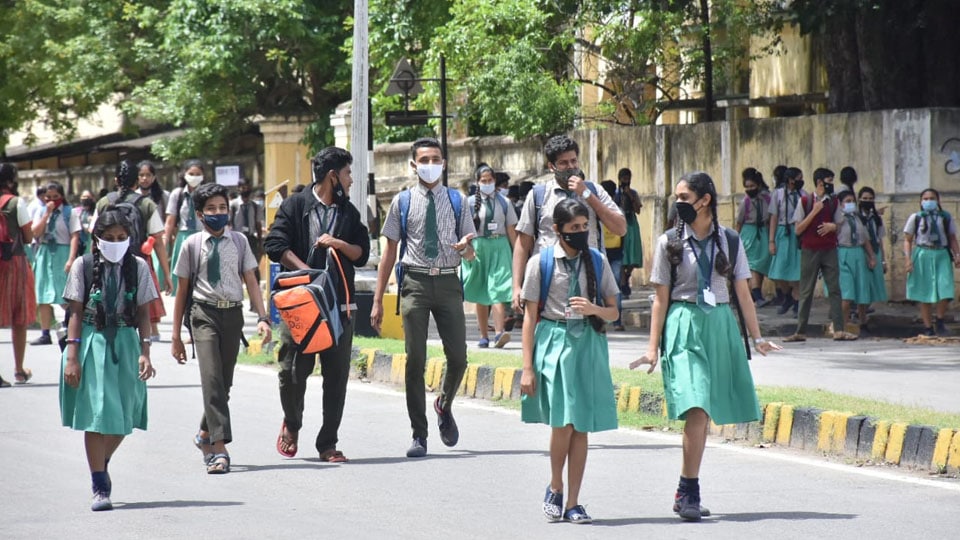 Virus infection has not spread from SSLC exam centres: Minister

The exam began last week and on the first day, the Karnataka State Secondary Education Examination Board recorded a 98.3 percent student attendance. The attendance fell to 97.90 percent on Saturday as per KSEEB Director.

“The Education Department will coordinate with health officials to verify the data of people in the age group of 14 to 16, whose samples are taken for testing. Such students will be allowed to attend the supplementary exams as fresh candidates,” Suresh Kumar said.

“A 16-year-old student was attending the exam in a centre situated in Arkalgud town in Hassan. He had recovered from dengue recently and had sent the swab for testing after developing an Influenza-like illness a couple of days back,” the Minister said.

The student was affected from dengue and during the blood test, his throat swab was also collected. However, the lab results confirmed him to have contracted COVID, while he was writing the exam. This created anxiety among the parents and the authorities.  All the other students, and invigilator, who were subject to test have confirmed negative, he explained.

The Minister also told the reporters that the chief examiner at the centre was informed by the District Administration immediately as the test results were out. “The student was immediately shifted to another separate classroom where he completed the examination. However, the case can be termed asymptomatic as the student is said to have recorded normal temperature before entering the exam hall,” Suresh Kumar said.

The Minister was also asked about how the student who was tested positive was allowed to take up the exam. He said that the student ideally should not have attended the exam as it is a threat to others as well.

The exams are being conducted as per the guidelines of the expert committee and instructions from the High Court and Supreme Court. There is no need to panic due to a couple of incidents. All have lauded the steps and preventive measures taken by the Government in conducting the exam. Safety of the students is our priority, Suresh Kumar added.