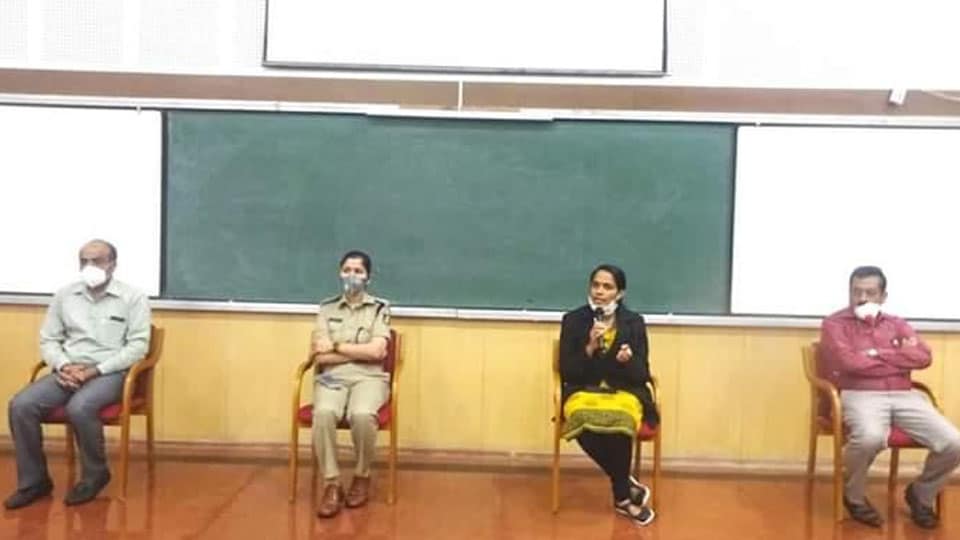 Madikeri: Following viral visuals of COVID-19 victims being denied dignity in death in some parts of the State, Kodagu Deputy Commissioner Annies Kanmani Joy has sought co-operation from various religious heads to conduct the last rites in a dignified manner and after following Standard Operating Procedures (SOP).

At a meeting with religious heads at the Kodagu Institute of Medical Sciences (KIMS) in Madikeri on Saturday, the DC said that last rites of COVID-19 victims have to be done as per SOP. She said that the District Administration has identified one   acre land each at three taluks — Madikeri, Somwarpet and Virajpet — and necessary staff would be deployed and training would be given to them. She said that no post-mortem is done on the bodies of COVID-19 victims and family members and relatives can pay their last respects from a distance of four metres and the funeral rites can be done from the same distance.

Dr. Umesh Babu, Head, Department of Forensic Sciences, KIMS, said that the bodies are carried in ambulances to the funeral site by a four-member team. Only five members in the family are allowed to pay their tributes and they cannot touch the bodies. The bodies are packed in three layers for the funeral. There is a provision for the funeral rites as per the religious traditions.

President of Madikeri Kodava Samaja K.S. Devaiah said that the District Administration had been working day and night to control the spread of COVID-19 and extended the community’s co-operation. He was in favour of conducting the last rites as per their religious beliefs. The Deputy Commissioner said the video of the funeral rites would be done on behalf of the Government and there is no provision for others to videograph it.

Madikeri Muslim Jamath Federation President Mohammed Ali said that there was 22-acre land belonging to Jamath and of that one acre can be spared to bury Muslim COVID patients. He requested the DC to permit the Jamath to carry out the last rites of Muslim patients at the land. The DC said she would look into the request.

Amruth Raj of CSI Church sought to know whether there was a provision to bury the dead belonging to the community in coffins. Dr. Babu said the bodies can be buried in coffins.